TOPEKA, Kans. (August 14, 2015) – The two-car A/Fuel Dragster team of Randy Meyer Racing (RMR) has announced a new partnership with Towlot.com. The major associate sponsorship will begin this weekend as RMR competes at the NHRA Lucas Oil Series Central Region event at the team’s home track, Heartland Park Topeka.Towlot.com is an online auction where anyone can buy affordable used cars. When tow companies impound cars that aren’t claimed, those cars will eventually be sold at auction. Towlot.comhosts those auctions for tow companies nationwide. The bi-weekly online auctions are open to the public and have no buyer fees or reserves. 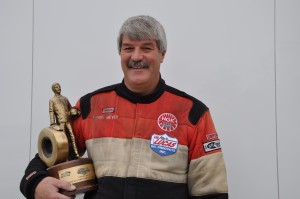 “We are proud to welcome Towlot.com to the RMR team this weekend. It is a great opportunity to join with Meyer Truck Center and the towing industry. We are very excited for this opportunity and the future of Randy Meyer Racing and Meyer Truck Center,” said Megan Meyer, the new driver of RMR’s second nitro-injected A/Fuel dragster.Both of the team’s A/Fuel cars will be competing this weekend, as well as the RMR Super Comp dragster, driven by Rachel Meyer. Megan is coming off of an impressive runner-up finish at her Top Alcohol Dragster debut race in St. Louis last weekend. Randy is gearing up for the late-season points chase, where he currently sits fifth in NHRA national points. 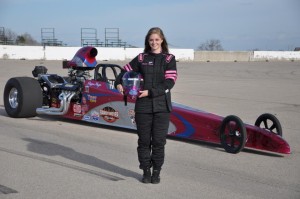 ABOUT MEGAN MEYER
No stranger to a life in the fast lane, Megan Meyer grew up around the sport of drag racing. In 2004, at just 10 years of age, she was given the opportunity to get behind the wheel of a Junior Dragster, alongside her younger sister, and took over the driving duties with no hesitations. Megan stepped up to the Super Comp class in 2010 after a successful career in the Junior Drag Racing League, earning two track championships.*She is now making the transition to Top Alcohol Dragster with her father and veteran driver Randy Meyer as her mentor and driving coach. Follow Megan on Facebook (www.facebook.com/meganmeyer.racing), Twitter (www.twitter.com/meyersisters), and Instagram (www.instagram.com/meganmeyer.racing).

ABOUT RANDY MEYER RACING
A highly respected member of the NHRA Drag Racing family, Randy Meyer has had a successful career spanning over 35 years of drag racing as driver, team owner, and crew chief from AHRA Pro-Comp to IHRA Top Fuel and NHRA Top Alcohol Dragster. Focusing on the things that brought the team to existence has been the reason that Randy Meyer Racing has been so successful.*In 2002 he handed the driving duties over to Gary Ormsby Jr. to become the first Top Alcohol Dragster to run in the teens with a solid 5.135 ET. The following year, Meyer tuned Alan Bradshaw to become the NHRA Top Alcohol Dragster World Champion. Randy has returned to the driver’s seat since then, and has earned multiple Lucas Oil Drag Racing Series Division 5 and Central Region points championships. For more information on Randy Meyer Racing, please visit www.RandyMeyerRacing.com and like RMR on Facebook (www.facebook.com/randymeyerracing).