Season Three of the Discovery Channel’s hit show Fat N’ Furious: Rolling Thunder is on the air. The show centers on Tommy Christmas, owner of Christmas Automotive, as he and his team of gearheads repair, restore, modify, and upgrade a wide range of classic cars and trucks.

Summit Racing has put together Fat N’ Furious Parts Combos to give viewers insight into some of the show’s most popular projects. In Episode Six, the Christmas Automotive guys built a 1972 Dodge Challenger 12-second drag car and transformed an ordinary 1968 Dodge Dart into a tire-smoking restomod. 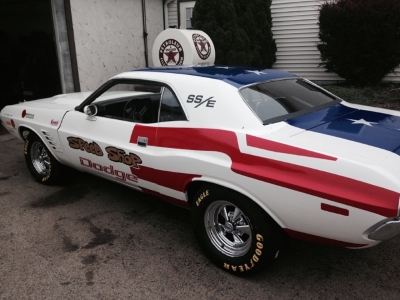 Fat N’ Furious 1972 Dodge Challenger Combos
Building a car from the ground up can be both a good and bad thing, as the Fat N’ Furious team found out. This 1972 Dodge Challenger came into the Christmas Automotive shop as little more than a shell. The customer wanted to make it a 12 second drag car, so the Mopar got a 440 big block hopped up with Edelbrock Performer RPM heads, an NOS Cheater nitrous system, and an Edelbrock Torker II intake with a Holley 950 cfm double pumper carburetor.

Other fun bits include a B&M Torqueflite 727 transmission and converter, a Competition Engineering roll cage, and Cragar SS wheels shod with Firestone and Goodyear Eagle rubber. 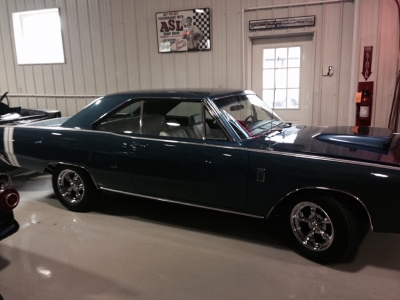 Fat N’ Furious 1968 Dodge Dart Combos
The owner of this 1968 Dodge Dart spent his career in the military doing high-adrenaline work. Upon retirement, his wife decided to surprise him by hopping-up his Dodge Dart.

Tommy Christmas and his Christmas Automotive crew went to work upgrading the engine and chassis for serious performance. The Dart got a 375 horsepower BluePrint Engines 408 stroker small block boosted by a Paxton supercharger ala the Mr. Norm’s blown Dodge Demon GSS supecars from the early ‘70s. The suspension got a tuneup with KYB shocks and Mopar Performance Super Stock leaf springs, and a set of Hooker headers sends exhaust gas through a Pypes dual exhaust.