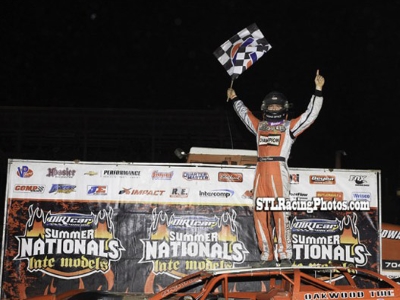 Jason Feger looked to be the driver to beat early as he tried for his first Summer Nationals victory of the season. On the green, he jumped ahead of Ryan Unzicker. Through the opening laps, Unzicker tried to run down Feger and nearly had him when a caution flag flew. 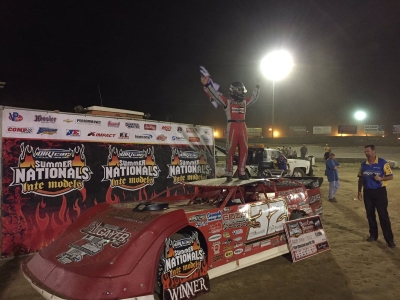 After the caution, Feger pulled away as Pierce battled into third and then began challenging Unzicker for second. Through traffic, the top three stayed tight and Pierce was able to take over second on lap 30. On a restart with 10 laps remaining, Pierce took his shot. Feger bobbled on the back straight and Pierce took the lead.

“I was just kind of being patient, waiting for him to hopefully to do that,” Pierce said. “And right when he did that, at the same time I had a heckuva run, and I just decided to take it right there, and luckily it paid off.”

Feger finished in second with Unzicker in third.

The DIRTcar Summer Nationals continues to roll Thursday night with a stop at Springfield Raceway in Springfield, Mo.