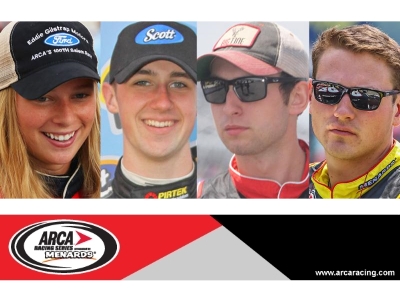 Four ARCA drivers are making special appearances Thursday afternoon ahead of the race. Matt Kurzejewski, Sarah Cornett-Ching, Austin Cindric and championship leader Chase Briscoe will be on hand in the SCOTT/Menards Display area in the Champion’s Village.

Considering the one-day show, the aforementioned drivers will have their hands full with practice from 12:30 – 2:00 p.m. and Menards Pole Qualifying presented by Ansell at 4:10. At any rate, the drivers should have plenty to discuss during the Q&As.

This year’s SCOTT® 150 at Chicagoland will set the stage for an exciting weekend of NASCAR racing action including Sprint Cup, Xfinity and Camping World Truck Series races. The weekend also kicks off NASCAR’s Chase for the Sprint Cup, the playoff system used to crown the 2016 Sprint Cup champion.