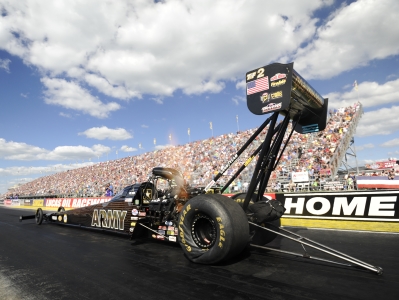 Trailing teammate and reigning world champion Antron Brown by 141 points, Schumacher will again need to dial up something special in his 10,000-horsepower U.S. Army dragster over the final three events, including this weekend’s 31st annual AAA Texas NHRA FallNationals at the Texas Motorplex. Schumacher is well aware of that and, as usual, is anxious for the opportunity.

“With the way the U.S. Army team has been performing down the stretch of the regular season and the first half of the Countdown, anything is possible,” Schumacher said. “You never know what’s going to go down on any given weekend, so the way we approach it is to take care of what we can control, and that is to go out and try to be fastest in every qualifying session, then run the table on Sunday.

“That’s the best we can do. It’s all about being in the right place at the right time and, if that happens, odds are we can at least take significant chunks out of the points deficit over the next three race weekends.”

Richie Crampton (Top Fuel), Del Worsham (Funny Car), Erica Enders (Pro Stock) and Jerry Savoie (Pro Stock Motorcycle) were winners of last year’s event that will air on FOX Sports 1 (FS1) for the first time. On Sunday, FS1 will televise three hours of live finals coverage starting at 2 p.m. (ET). It is the 21st of 24 in 2016 and the fourth of six in the NHRA Mello Yello Drag Racing Series Countdown to the Championship playoffs.

Schumacher, currently fifth in points, has a final round appearance sandwiched around a pair of first-round losses in the Countdown to the Championship, meaning he needs to rack up victories quickly, especially after seeing Brown win in Charlotte and the most recent race at Maple Grove Raceway in Reading, Penn. However, Schumacher also has a Top Fuel-best six wins at the Texas Motorplex and he enjoys the type of pressure this point of the season brings.

“All nine of my guys are the absolute best at what they do and, with all the experience we have working together, good things are bound to happen,” said Schumacher, who has 82 career wins, including two in 2016. “We know what it takes to achieve the ultimate goal and we’re motivated to chase after it relentlessly. It is a gift to be presented with the opportunity to come to bat with the bases loaded with two outs in the bottom of the ninth and your team needing a grand slam to win the game, to win the championship. Some people wilt under that kind of pressure.

“This Army team has proven time and again that it is at its best when those opportunities come around and we have one of those in front of us right now. It’s time to go out and get it done.”

Regardless of the championship race, Schumacher will be as focused as ever to add another win to his impressive career total this weekend, in part because of his proximity to the track after moving to Austin, Texas.

“One of the best parts of all about living in Austin is that I get to call the Texas Motorplex my home track,” Schumacher said. “We’ve lived in Austin going on three years now and it’s absolutely great. As for the track, it’s an all-concrete track, so it allows the crew chiefs to really get after it early. Good crew chiefs and better teams are going to go fast there because the realm of possibilities dealing with the track surface and the conditions lend themselves to going fast.”

In Funny Car, Worsham’s win a year ago helped propel him to his first Funny Car world title. This year, Worsham currently sits in fifth with Capps in the points lead and Tommy Johnson Jr. just 24 points back in second after his victory at Maple Grove Raceway.

Dominating the new era of Pro Stock is points Jason Line and Greg Anderson. Line has eight wins, including the Countdown opener, and Anderson has seven victories.

Pro Stock Motorcycle points leader Andrew Hines is after his third straight world title and has five wins in 2016, but teammate Eddie Krawiec has closed the gap to 38 points.

The AAA Texas NHRA Nationals will also feature thrilling competition in the NHRA Lucas Oil Drag Racing Series. As always, fans will have the opportunity to interact with their favorite drivers as they’re granted an exclusive pit pass to the most powerful and sensory-filled motorsports attraction on the planet.

To purchase general-admission or reserved seats, call 800-668-6775. Tickets also are available online at www.texasmotorplex.com. Kids 12 and under are free in general admission areas with a paid adult. For more info, visit www.NHRA.com. 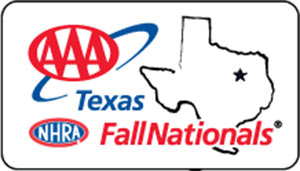 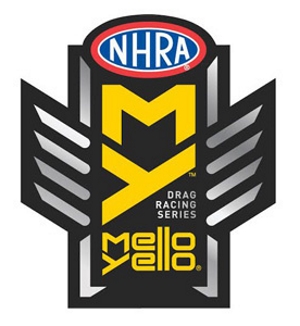