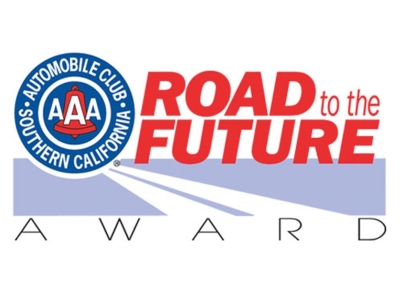 The award, which recognizes the top rookie competitor in the NHRA Mello Yello Drag Racing Series and offers a $20,000 prize and traditional trophy to the winner, will be presented during NHRA’s annual championship awards ceremony on Monday, Nov. 14 at the Ray Dolby Ballroom at Hollywood & Highland in Hollywood, Calif. The nation’s leading auto racing journalists will select the winner through a voting system based on the following criteria: number of events participated, performance on and off the racetrack, participation in NHRA promotions and relationships with fans, sponsors and media.

“For over a century, the Automobile Club of Southern California has been a symbol of integrity, commitment and professionalism to our millions of members in the community. The Road to the Future Award, honoring up-and-coming racers in the NHRA Mello Yello Drag Racing Series, has come to represent these same attributes in motorsports,” said Robert T. Bouttier, CEO of the Automobile Club of Southern California. “This year’s nominees have not only demonstrated competitiveness, but exceptional potential for the future. We congratulate all of the candidates for this year’s award and look forward to watching them continue to achieve great things, on and off the track.” 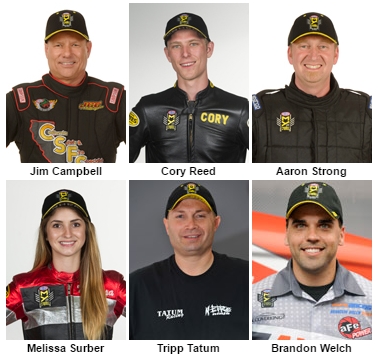 Campbell has qualified for nine races and had a quarterfinal finish at the spring race in Las Vegas, where he upset Funny Car veteran racer Tim Wilkerson in the first round. He raced to career-best performances of 3.977 seconds and 315.93 mph at the U.S. Nationals.

Reed competed in a full Pro Stock Motorcycle schedule highlighted by a runner-up finish in Reading, Pa. where he defeated Hector Arana Sr. and defending world champion Andrew Hines before losing to Eddie Krawiec in the finals. Reed qualified for the NHRA Mello Yello Countdown to the Championship and rode to career-best performances of 6.835 seconds in Brainerd Minn. and 196.07 mph in Indianapolis.

Strong raced in and qualified for nine races including his first Pro Stock win at the Seattle event. He upset former world champion Greg Anderson, two-time and defending world champion Erica Enders, Bo Butner and Vincent Nobile for the victory.

Surber raced a full schedule and reached the quarterfinals at the Atlanta event defeating LE Tonglet in the first round. She rode to career best performances of 6.853 seconds and 194.86 mph at the Pro Stock Motorcycle season opener in Gainesville, Fla.

Tatum’s rookie season is highlighted by his first start at the Gainesville event where he defeated Leah Pritchett in the first round. He went on to lose to Brittany Force in the quarterfinals. Tatum piloted his dragster to career best performances of 3.785 seconds and 326.00 mph both in Indianapolis.

Brandon Welch has raced at six events and qualified for three where he lost in the first rounds to 2009 Funny Car world champion Robert Hight in Norwalk, Ohio and Dallas, and points leader Ron Capps in Seattle.

In addition to the Automobile Club of Southern California Road to the Future Award, the company is the title sponsor for the Auto Club NHRA Finals, Nov. 10-13, at the historic Auto Club Raceway at Pomona. The company also is a major sponsor for John Force Racing, providing primary sponsorship for the Chevy Camaro SS driven by Hight, as well as associate sponsorship for the Funny Cars driven by John and Courtney Force, and the Top Fuel dragster driven by Brittany Force. In addition, the Auto Club is the presenting sponsor for the California Hot Rod Reunion and the Wally Parks NHRA Motorsports Museum.

The Automobile Club of Southern California, the largest member of the AAA federation of motor clubs, has been serving members since 1900. Today, the Auto Club’s members benefit by roadside assistance, insurance products and services, travel agency, financial products, automotive pricing and buying programs, automotive testing and analysis, trip planning services and highway and transportation safety programs. Information about these products and services is available on the Auto Club’s Web site atwww.AAA.com.