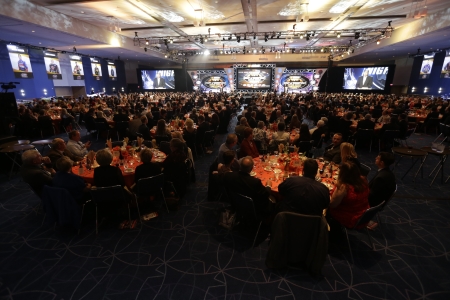 Twelve NASCAR Whelen Euro Series drivers are flying to Charlotte, North Carolina, to take part in a series of activities in the heart of NASCAR that will culminate in the NASCAR Night Of Champions Touring Awards on Saturday, December 10 at the NASCAR Hall Of Fame.

“This NASCAR prize-giving ceremony week is really special,” said NWES President Jerome Galpin, “It is clearly at the highest level you can find in Motorsports and we are very proud that our Euro drivers are part of it to celebrate their accomplishments with the whole NASCAR family. At the NASCAR Hall of Fame, you truly feel part of the 68 years of NASCAR history and you know what it means to be a NASCAR driver.”

“It is a huge honor to have my name immortalized in the Whelen Hall Of Champions once more, alongside names that made NASCAR’s history, in a place where my grandchildren will be able to see it. The entire week is a great experience and I am definitely looking forward to it,” said Kumpen, whose #24 Chevrolet SS will be showcased in the NASCAR Hall Of Fame. “The first time in 2014 I was really astonished by how huge NASCAR is, but it keeps impressing me even I know better what to expect. I am honored to represent the NASCAR Whelen Euro Series.”

The Champion, who unveiled his name in the Whelen Hall of Champions for the second time in three years, will engage in a unique series of activities in the Champions Week, including the Dec. 8 annual NASCAR Champions Karting Event at the GoPro Motorplex in Mooresville.

Kumpen will then join the NASCAR Whelen Euro Series delegation on Friday to visit the NASCAR R&D Center in Mooresville and the Roush-Fenway Racing headquarters before heading to the Charlotte Motor Speedway for lunch and a special tour of the world famous 1.5 mile track.

Saturday, December 10 will be entirely dedicated to rewarding drivers and teams for their success in the 2016 season. Touring Grand Champions Breakfast & Awards will take place in the morning at the Westin hotel in downtown Charlotte, while the evening will culminate with the traditional NASCAR Night of Champions Touring Series Awards at the Charlotte Convention Center / NASCAR Hall of Fame in North Carolina.

The awards will be broadcast live on FansChoice.tv and on NASCARHomeTracks.com, in English, Spanish and French. 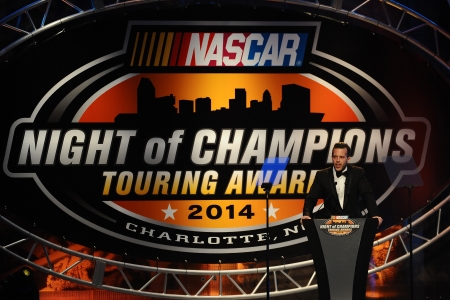 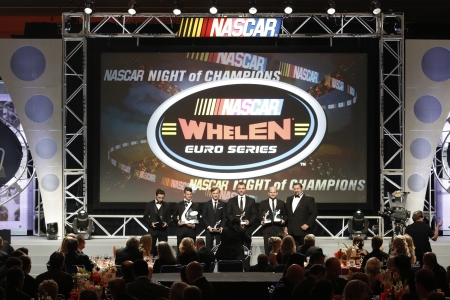 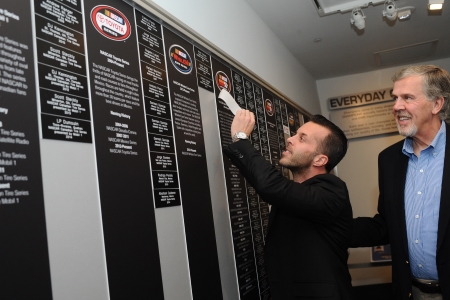 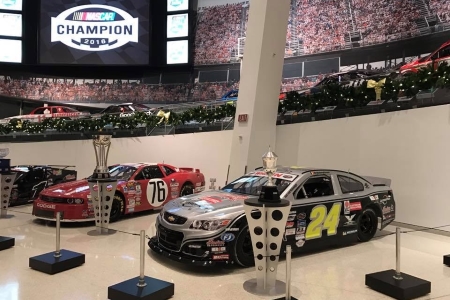 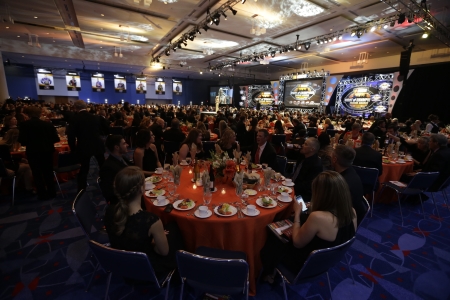 The NASCAR Whelen Euro Series was founded in 2008 and established the NASCAR official European Series in January 2012 thanks to a long-term partnership signed with NASCAR (National Association for Stock Car Auto Racing), Team FJ, a Motorsports company located in Blois, France, and Whelen Engineering as title sponsor of the Series.The season is made up of 24 races, equally split among ELITE 1 and ELITE 2 divisions, on the best European tracks. Euro NASCAR introduced a stunning innovation on July 7-8, 2012 by organizing the first ever NASCAR race on an oval track in Europe on a half-mile speedway built in the downtown of Tours (France). With four races in two days, these 400 HP V8 monsters provide pure racing action and thrilling bumper-to-bumper battles as well as a lot of family fun around the track! In the pure NASCAR tradition, race fans can get closer to the action than ever and feel the unique in Europe paddock atmosphere thanks to drivers, teams and cars always available for the spectators.The series attracts drivers from all over the world, all willing to fight on track for the win and take the first step towards becoming a NASCAR star in the U.S.
www.euronascar.com