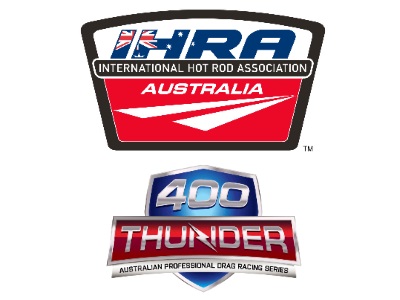 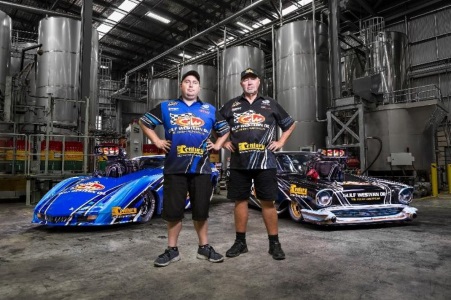 Managing directors (and brothers) of Gulf Western Oil, Ben and Andrew Vicary said, “As long time drag racing and Team Bray fans, we are thrilled about this new venture. In anything we set out to do we always aim to be number one and Team Bray Racing shares the very same philosophy. We look forward to an exciting and successful partnership on the race track.”

The Team Bray Racing assault consists of five cars in total – two Top Door Slammers, Two Burnout Cars and a violently fast turbocharged six cylinder powered Toyota to be run in the Factory Xtreme class by Ben Bray. Victor Bray said, “I’m back in black and feeling stronger than ever. We don’t plan to finish second either.” 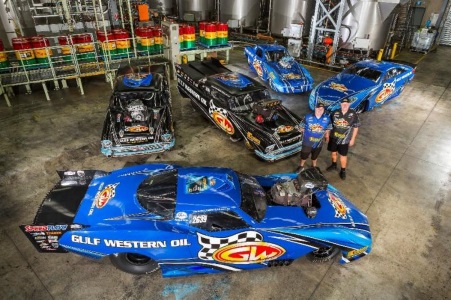 “This is a great announcement for Australian Drag Racing,” stated Maurice Allen, IHRA Australia managing director seen here placing the 400 Thunder Series decals and IHRA decals on the beautiful looking new livery on the Bray Machines. “To see these cars ready to go with Pro Slammer on them should signal a warning to the rest of the field that these guys are going to be hitting the track with a vengeance and we are really excited to see the potential now with such a great iconic Australian company on board,” Allen continued. 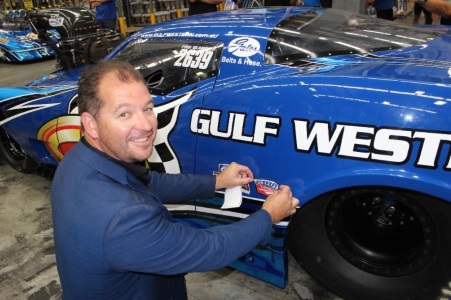 What really excites me,” says Victor, “Is to be working with the Vicary brothers and their highly skilled team at Gulf Western Oil. It’s an Australian owned company with state-of-the-art technology that can take on, if not surpass, any oil company in the world.”

Drag racing fans, stay tuned for this one in 2017, it’s going to be an amazing spectacle for all to see. The Brays will be on track for the Willowbank race on January 7 for 400 Thunder. For more information, head to www.400thunder.com.au

About IHRA Motorsports
The International Hot Rod Association (IHRA) is owned and operated by IRG Sports + Entertainment™, a TPG Specialty Lending company. The IHRA promotes professional and sportsman racing for drivers of all levels. The IHRA sanctions nearly 100 motorsport facilities in the United States, Canada, Australia, New Zealand and Bahama’s and welcomes 80,000 racers annually to their IHRA-sanctioned facilities. The IHRA oversees multiple sportsman racing programs including the Summit Sportsman National Championship and the Summit Racing Equipment SuperSeries. For more information, visit www.IHRA.com, or connect with us on Facebook.com/IHRAMotorsports, Twitter @IHRA or Instagram @IHRADRS.