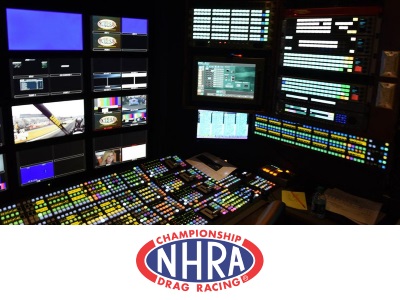 “I’m proud of our team for these accomplishments,” said Ken Adelson, vice president, executive producer & chief content officer. “In just the first year of our existence and as part of our partnership with FOX Sports, we were able to garner this industry wide recognition.”

Founded in 1979, the Telly Awards honor outstanding television commercials and programs, as well as the finest video and film productions. This esteemed industry award showcases the best work of the most respected advertising agencies, production companies and television stations across the globe. Over 12,000 entries from all fifty states and five continents were submitted for review.

The highest ranking honor, a Silver Telly, was bestowed upon the production group for the Chevrolet Performance U.S. Nationals in the television shows and segments in general-live events category.

“Our responsibility as storytellers is to captivate viewers during the time they are watching the NHRA Mello Yello Drag Racing Series,” said Rob Hedrick, rirector of broadcast operations & supervising producer. “We’re very fortunate to be surrounded by gifted storytellers within the series and every single second is full of tremendous drama.”