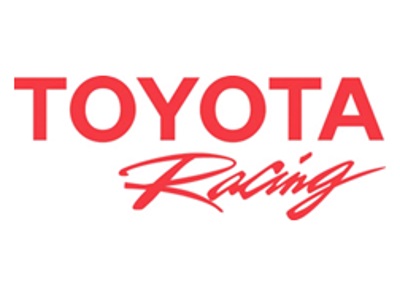 After rain washed out Friday night’s feature, Bell was afforded a rare opportunity to win a pair of A Mains in one day and he was more than up to the task.

In the opener, Bell quickly moved up through the field, climbing from ninth into the lead in the first eight laps. After that, he was never headed and extended his lead out to more than a full straightaway on the 1/5-mile dirt track on the way to the victory.

Joining Bell on the podium were his 16-year-old KKM teammate Ryan Robinson, who had raced from sixth to second, and Tucker Klaasmeyer to give Toyota a sweep of the podium. Holly Shelton made it four Toyotas in the top five with a fifth-place showing, while Zach Daum was seventh and Spencer Bayston finished ninth. Rounding out the Toyota-powered entries in the feature were Austin Brown in 12th and 15-year-old Tanner Carrick in 13th in his national midget car racing debut.

In Saturday’s scheduled feature, it was Daum who took the early lead with Bell in tow. The two pulled away from the field with Bell repeatedly attempting to pass the three-time series champ. Finally, on lap 20 of 30, Bell dove underneath on a slide job to take a lead that he would never relinquish. Once he was out front, he opened up a commanding lead, leaving Daum to battle with Bayston for runner-up honors. The 18-year-old Bayston would pass Daum in the waning laps to capture second with Daum coming home in third for the second Toyota podium sweep of the day.

“This place is a lot of fun,” relayed Bell. “Obviously, I got my start here racing. It’s always fun to be able to come back to where you start. I’ve been off to a pretty good year so far. Hopefully, we can continue to add to it. Thank you to all the fans that come out, they’re the reason we’re out here.”

Continuing their strong weekends, Klaasmeyer took fourth and Robinson was fifth as each earned a pair of top-five showings on the day. Holly Shelton placed 11th, with Austin Brown and Tanner Carrick both getting caught up in early incidents to finish 17th and 23rd, respectively.

The victories were the 37th and 38th for Bell in midget car competition, the most national feature wins by any Toyota-powered driver. Overall, Toyota has 169 national midget car victories.

The POWRi Lucas Oil National Midget Series returns to action at the Belle-Clair Speedway in Belleville, Ill., on April 21 and then immediately heads to the Federated Auto Parts I-55 Speedway in Peveley, Missouri, to complete the weekend double-header on April 22.

*Due to rain, Friday’s feature was run Saturday