PITTSBORO, N.C. (March 30, 2017): The PDRA has broken the mold with the redesigned MagnaFuel Top Sportsman category this year. The new format allows for a potential 48 car field divided into an elite 16 car field and a 32 car field for cars that may not be able to qualify for the extreme bumps of the top 16 cars.

MagnaFuel is back as the title sponsor for the class, once again. Since 1995, MagnaFuel has designed and manufactured premium high-performance fuel systems, which the company continues to develop working with professional racers.

MagnaFuel systems have been on board for historic runs such as Kurt Johnson’s six-second club run and is now used on everything from speedboats to hill-climb trucks. MagnaFuel delivers high-end features and race-proven durability at an affordable price.

“I sponsor Top Sportsman because of the close relationship I had with the late Ronnie “The King” Davis,” stated MagnaFuel’s Robbie Ward. “He came to me years ago and asked if I would help support a Real fast bracket door car class. I agreed and the rest is history. Top Sportsman is so exciting and the car counts have been unreal. We have a great customer base in the class that keeps me coming back to the PDRA.”

“It should be an exciting year,” he stated. “I think there’s going to be some pretty fast cars out there. I like the fast eighth-mile racing, but a I also think the second Top Sportsman class will bring in new blood to the PDRA and we’ll see even better participation. I talked to a whole lot of people who said in the past they would run PDRA, but they couldn’t run fast enough.”

Pittman plans to try to qualify for the top 16, but is also realistic about the tough competition TS provides. “I’m bringing a knife to a gunfight. I’m racing a car that I’ve had for closes to 20 years. It’s heavy, but I’ve got a good motor from Charlie Buck and a good tuner in Clayton Murphy from Chassis Engineering so we’ll see what happens.” 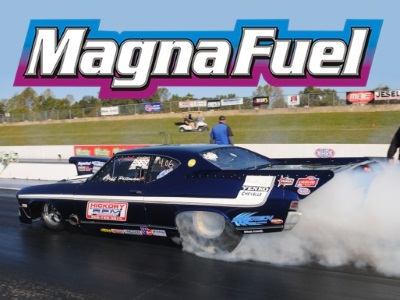