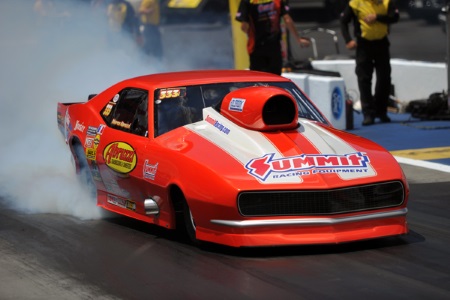 “I cannot believe that I have been racing for over three decades. I have no idea where the time has gone,” said Abruzzi. “I have had the privilege to run my favorite class (Top Sportsman) since 1998. In 2005 I crossed over and began running Top Dragster too.”

In Top Sportsman, Abruzzi returns to the track in a familiar orange ’68 Camaro equipped with a 706 cubic-inch nitrous motivated powerplant. Look for Abruzzi wheeling his ’15 Miller Race Cars Pro-Charged Top Dragster as well. Crew chief Jeff Koons and the balance of the Summit Racing backed two-car team are ready for the road. 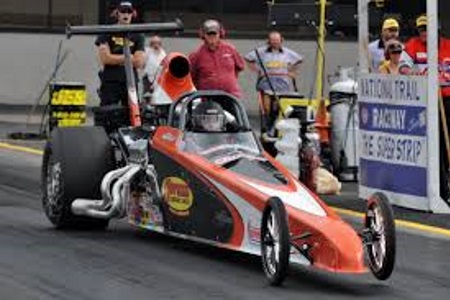 Abruzzi plans to chase the IHRA National Championship series this year. In addition, he will compete in select NHRA events and a fair share of bracket races.

His success can be credited in part to the partnerships which he has formed. The 49-year-old business owner spends his weeks at Abruzzi Racing Transmission, a shop that specializes in performance transmissions and converters for drag race and street/strip cars. Racing is simply part of his business model.

“We serve sportsman racers and hot rod enthusiasts across the globe. It is a privilege to work with some of the best folks on the planet,” admits Abruzzi. “In fact, our shop lies in the shadow of the Summit Racing Equipment headquarters in Tallmadge, Ohio. We are fortunate to represent such a strong corporate partner and are glad to have them on-board”

“For 2017, we plan to have a good time, race hard and turn a few win lights on along the way. No matter what happens in the driver’s seat, we will be trackside to support our customers and friends,” said Abruzzi.

For more information on Abruzzi Racing Transmissions and Converters, visit www.abruzziracing.com or call the shop at 330-369-1707.