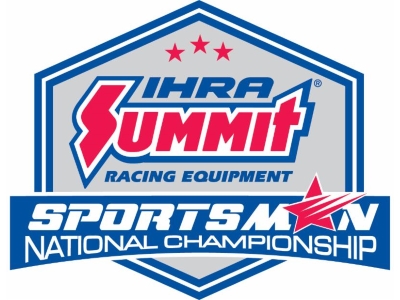 Due to torrential rains and widespread flooding during the month of May, IHRA and State Capitol Raceway postponed the June 1-4 event until September in order to provide the best racing experience possible for competitors. It was the best-available weekend, but it was just two weeks before the season-ending event at Dragway 42 in West Salem, Ohio leaving little flexibility should weather again become an issue.

The sanctioning body and race track identified the first weekend in August, which at the time of the postponement was not a viable option, as the best time for the rescheduled IHRA Summit Sportsman National Championship event so it is now scheduled for Aug. 3-6, 2017. The weekend will begin with a test & tune session on Thursday, Aug. 3 with three separate IHRA Summit Sportsman National Championship events following on Friday, Saturday and Sunday.

“The Summit Sportsman National Championship is in the middle of its first year, and we have some tight points battles,” IHRA division director Frank Kohutek said. “We always want to do what’s best for the racers, and squeezing that event into the window right before the last race of the season could have made things hard on the competitors – especially if we had another weather problem. This August date gives us more flexibility for whatever might come up. We appreciate State Capitol Raceway for working with us to find the best-possible weekend for this event.”