The NASCAR Whelen Euro Series will return to action on July 15-16 in the Netherlands, at Raceway Venray with four exciting oval races that will be crucial on the road to the European NASCAR title. The Fastest Half-mile Oval In Europe will host the third edition of the Autospeedway American Style, an event mixing a spectacular amount of door-to-door racing with an American-flavoured meeting, featuring US cars and a unique memorabilia market.

As if constant side-by-side battles at an average speed exceeding 160 Km/h were not enough, Raceway Venray will present a new layer of asphalt in turn one, three and four to further enhance racing in the only oval-track event of the 2017 NWES season. The Dutch event will also be a fast-paced one, as all the on-track action will be compacted over two days, making experience and a smart tactic fundamental to score the maximum amount of points in a year in which many of the ELITE 1 protagonists cannot afford to lose ground midway through the regular season.

Four past NWES oval race winners will be on the grid in the ELITE 1 Division – Frederic Gabillon (#3 Tepac RDV Compétition Ford Mustang), Anthony Kumpen (#24 PK Carsport Chevrolet SS), Stienes Longin (#11 PK Carsport Chevrolet SS) and Gianmarco Ercoli (#9 Racers Motorsport Ford Mustang) – while a new oval master will be crowned in the ELITE 2 Division, which is more open than ever. Will Thomas Ferrando (#37 Knauf Racing Team Ford Mustang) and Ulysse Delsaux (#3 RDV Compétition Ford Mustang) put their oval experience to good use to dominate, or will Maciej Dreszer and Guillaume Dumarey find their way to Victory Lane?

Fans from all over the world will be able to follow all the action from Raceway Venray live on Fanschoice.tv and the NASCAR Whelen Euro Series Facebook page. 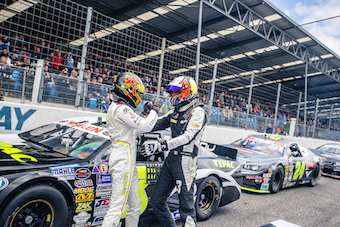 Gabillon vs. Kumpen, third round – If Frederic Gabillon holds the record for the most wins on oval in NWES with 5, it’s Anthony Kumpen who won the most at Raceway Venray (2), including a memorable success with a spare car in 2015. The two veterans split the Dutch weekend in 2016 and are the obvious favorites for the fifth and sixth races of this season, but never before there have been so many contenders, beginning with points leader Borja Garcia, who started from the pole at Venray last year and looks poised to win on oval for the first time. 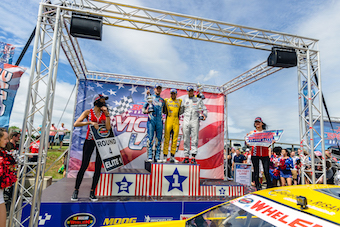 Junior Trophy Trio Going For The Win – Twelve points encompass the top three drivers in the Junior Trophy before Venray, all three are strong on ovals and all three are looking for their first ELITE 1 win. Trophy leader Salvador Tineo Arroyo has five top-5 finishes in six oval races in ELITE 2, Thomas Ferrando trails by one point and scored two ELITE 1 podiums on oval in 2016, while only a contact prevented Gianmarco Ercoli from pulling a stunning ELITE 1 win last year at Venray. 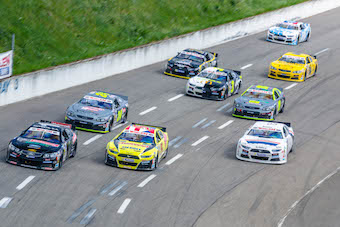 No mistakes allowed – How much of a difference six months can make! Last year Gabillon never finished outside the top-5, while four rounds into 2017, with a competition reinforced by many young talents coming up from the ELITE 2 Division, all the protagonists have had at least one disappointing result. Mastering the track, the weekend’s format and and staying focused lap after lap will be key to shape up the points battle before the Series heads to Germany for a new event at the Hockenheimring. 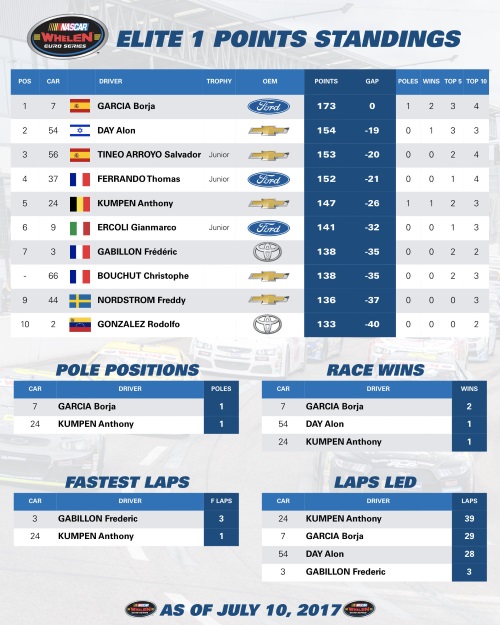 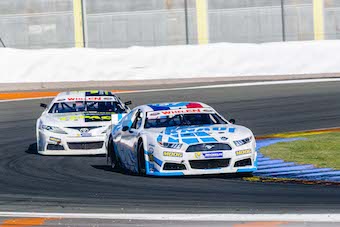 Ferrando and Delsaux going after first oval win – The two French drivers monopolized the first step of the ELITE 2 podium this year, but despite their vast oval experience – both took part in their first NASCAR races at the legendary Bowman Gray Stadium in the US with the NWES Development Program and collected multiple podium finishes in NWES – they are both chasing their first oval win. Delsaux, who currently sits second in points, can boast a successful experience in NASCAR K&N Pro Series East at New Smyrna Speedway that may give him an edge on his friend and arch-rival Ferrando in the third chapter of this season-long duel. 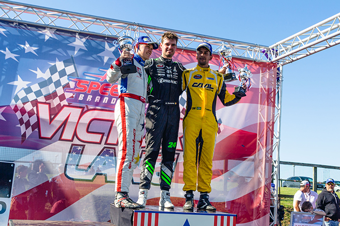 Tight battle in Rookie Cup and Legend Trophy – Maciej Dreszer, Guillaume Dumarey and Felipe Rabello are separated by just 11 points in the battle for the Rookie Cup entering the Venray weekend and the Polish DF1 Racing driver has a mere 1-point advantage on his Belgian rival, but none of the three has ever raced on ovals, making any prediction impossible. The situation is reversed in the Legend Trophy, where two veterans like Jerry De Weerdt and Dario Caso are split by one single point but have had plenty of miles on oval and will definitely put up another great battle for the trophy. 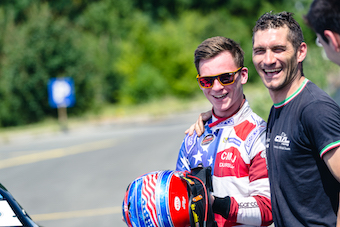 Guillaume Deflandre Returns – In his second outing in the NASCAR Whelen Euro Series, the new Racing Total team led by Marko Stipp will field Guillaume Deflandre in the ELITE 2 Division. The 19-year-old returning talent has a solid background on ovals, having scored an ELITE 2 pole position at Tours Speedway in 2015 and two top-5s in the 2016 season. 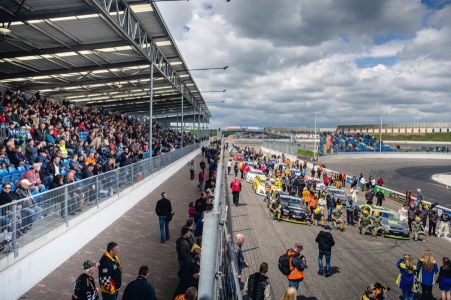 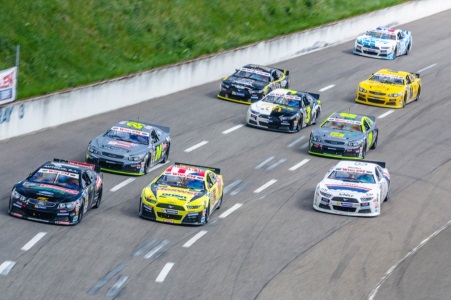 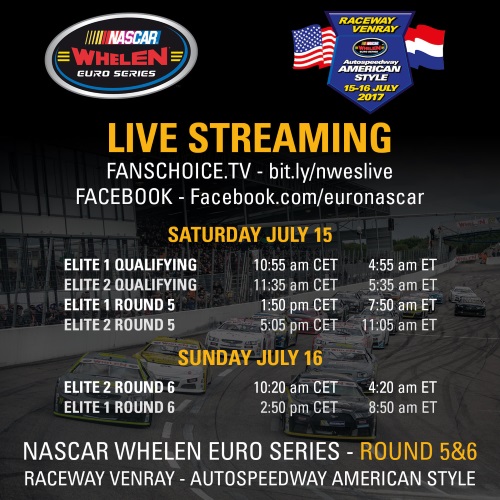 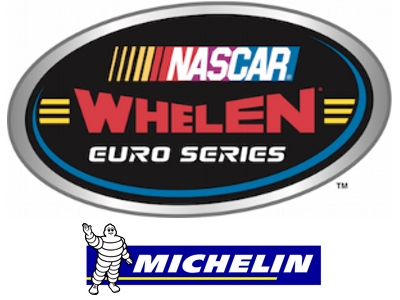 UP NEXT: RACEWAY VENRAY 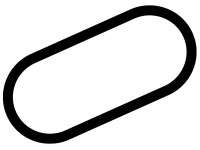 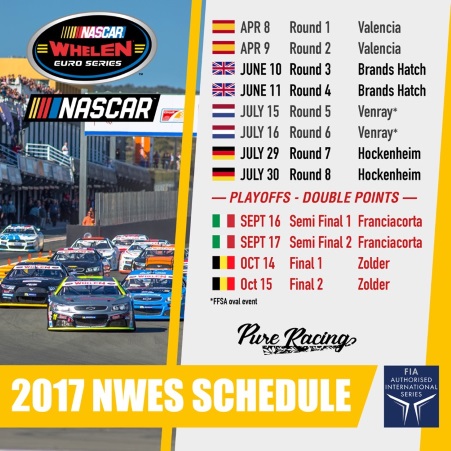