Sparkling ICE®, part of the Talking Rain® Beverage Company portfolio, will be the primary sponsor on the Dote Racing Top Fuel Dragster driven by Leah Pritchett at the NHRA Keystone Nationals at Maple Grove Raceway this weekend, October 2-4, 2015. 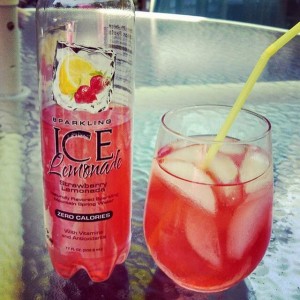 To promote the partnership between Sparkling ICE and Dote Racing, the race team will also be making an appearance at the Turkey Hill convenience store located at 2432 Morgantown Road in Reading on Thursday October 1st from 4:00 – 6:00 p.m. EST.  Turkey Hill and Sparkling ICE customers also won autographed race gear from Pritchett and Keystone Nationals tickets through a “Text & Win” contest.

“I have enjoyed working with the Talking Rain group and introducing the Sparkling ICE brand to the world of NHRA all season, and I’ve been looking forward to their primary race for months,” said Pritchett. “As most of our livery usually does, I really believe the Sparkling ICE car will stand out. It embodies the bubbles of the Black Raspberry Sparkling ICE flavor and reflects the bold, refreshing, fun and colorful personality of the brand.” 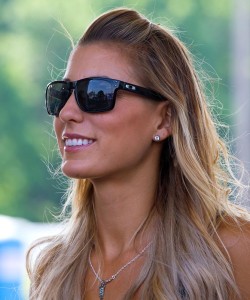 Top Fuel action is scheduled to get underway at Maple Grove Raceway with the first round of qualifying at 2:00 p.m. on Friday. Fans can watch the Dote Racing/Sparkling ICE dragster in action at the 2015 NHRA Keystone Nationals on ESPN2 on Sunday. Qualifying coverage will air at 6:00 a.m. & 3:00 p.m. with complete coverage of eliminations at 8:00 p.m.