KENT, Wash. – With each passing race, the magnitude of the situation grows a little bit bigger for Scott Palmer. But that appears to be just fine for the Top Fuel driver determined to make his first career appearance in the NHRA Mello Yello Drag Racing Series Countdown to the Championship.

A first-round win in Sonoma on Sunday over eight-time world champion Tony Schumacher in his 10,000-horsepower CatSpot/Marck Industries/Tommy Thompson Motorsports dragster kept Palmer in ninth and stretched his lead over 10th-place Troy Coughlin Jr. Heading to this weekend’s NHRA Northwest Nationals at scenic Pacific Raceways, the final stop of the famed Western Swing, Palmer knows he must continue to push forward to keep his spot in the top 10.

“This is a big opportunity,” Palmer said. “Getting into the Countdown would be like winning a championship for us. It’s the most important thing ever right now and it’s the most important thing racing-wise that’s happened to anyone on this team. This team is Rocky Balboa and we’re fighting Apollo Creed. There’s some incredible teams out here, but we’re still going to keep fighting.”

Antron Brown (Top Fuel), Ron Capps (Funny Car) and Aaron Strong (Pro Stock) were last year’s winners of the event that will be televised on FOX Sports 1 and FOX national broadcast network, including live final eliminations on FOX starting at 4 p.m. (ET) on Sunday, Aug. 6. It is the 16th of 24 events in 2017, meaning only two events follow it before the Countdown to the Championship. Palmer can see the finish line of that first playoff berth, but there’s still work to be done.

He has used consistent runs in his dragster to become a threat to win rounds at each race and Palmer knows he must maintain that approach in Seattle. Palmer, who has five round wins in 2017, is 47 points ahead of Coughlin and 75 points up on 11th-place Shawn Langdon, but he expects to see major challenges from each over the course of the next few races.

“This is very exciting for us,” Palmer said. “I talked to Tommy (Thompson) and he told me to do everything I need to in order to give myself the best chance of making the Countdown. We’re trying to fight off two Kalitta (Motorsports) cars and that’s a tough task we’re up against. They’re going to be throwing the kitchen sink at it to try to get in, but I think we’re headed in the right direction. It’s just very important that we continue our good runs and make runs to the finish line.”
That means no radical changes heading to Pacific Raceways, where Palmer will try to use a consistent approach of running in the high 3.70s and low 3.80s to unseat some of the top drivers in the class. The list includes the likes of defending event winner and back-to-back world champ Brown and current points leader Steve Torrence, who won in Sonoma and has a career-best six victories this season. But Palmer is undaunted by the challenge and is having the time of his life competing for the spot in the NHRA’s six-race playoffs. 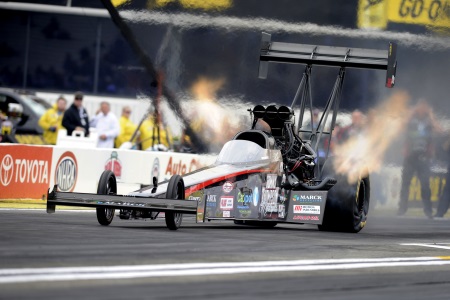 “The key for us in Seattle is the same as always and that’s making it to the finish line clean,” Palmer said. “I still think you make your own luck. If you go down the track a lot it makes people have to think about you. We’ve done a good job. We’re trying to go a little faster but we can’t get carried away. The key is making a good run on Friday and putting ourselves in a better qualifying position. We’ll get a little more aggressive on Friday, but that’s going to be our only change.”

Capps will look for a repeat win to keep his impressive pace in Funny Car going in 2017. The reigning world champ has six wins this year, but will be challenged by three-time season winner Matt Hagan, Robert Hight, who won in Denver, and Sonoma winner J.R. Todd.

In Pro Stock, Strong earned his first career win a year ago. Bo Butner has picked up his first professional victories in 2017, winning three times to take over the points lead. Other top performers this year include rookie Tanner Gray, who has three wins, and Greg Anderson.

The event features thrilling competition in the NHRA Lucas Oil Drag Racing Series as well, showcasing the future stars of the sport.

To purchase general-admission or reserved seats, call 253-639-5927. Tickets also are available online at www.pacificraceways.com. Kids 12 and under are free in general admission areas with a paid adult. To honor the Salute to First Responders, military and first responders can save 20 percent on general admission tickets at the gate. For more information about the NHRA visit www.NHRA.com. 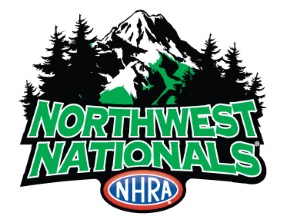 WHEN: Friday through Sunday, Aug. 4-6