SPRINGFIELD, Ill. (Aug. 8, 2017) — When El Paso, Illinois’ Ryan Unzicker went wheel-to-wheel for the lead coming to the white flag last year at the Illinois State Fairgrounds mile dirt, you could hear the roar from the crowd over the engines. That’s a rare thing at Springfield where it can be hard to hear your closest neighbor under those classic covered grandstands that echo and reverberate sound like a symphony orchestra.

With eventual winner Justin Haley hanging on for dear life, he had both Illinois favorites — Unzicker and AJ Fike — in his mirror coming to the checkered flag. The fans were certainly on their feet doing all they could to thrust their Illinois heroes up onto the national victory lane stage. Fike finished second, with Unzicker a career-best third. So close, but no cigar. 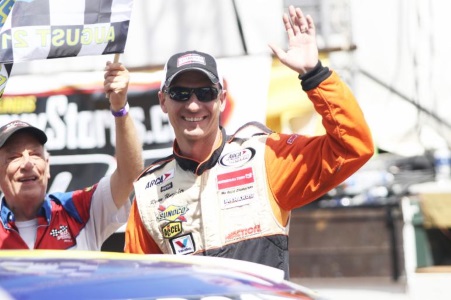 “We gave ‘er a hell of a shot last year,” said Unzicker. “We’re looking forward to coming back. These two (Springfield and DuQuoin) really get me excited…the chance to come back and race with some of the best.”

You can bet it gets the locals excited too. In fact, no other tracks on the ARCA Racing Series presented by Menards national tour seem to stir up the local passion quite like Springfield and DuQuoin. When some of Unzicker’s fans caught wind that he might not be returning in 2017, they put their money where their mouths are.

“It (2016) was supposed to be Bill Hendren’s (ARCA car owner) last year. They said they were retiring, but we had those two good runs and they decided in the parking lot after the race at DuQuoin that they just couldn’t give up yet.” 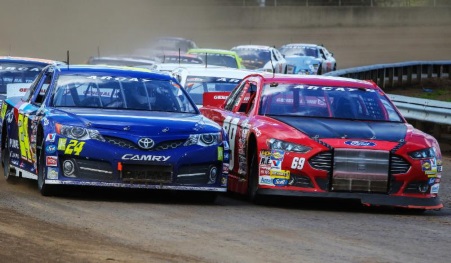 And in between Springfield and DuQuoin, fans were starting to catch wind of Hendren’s imminent retirement from racing, which would possibly leave Unzicker on the outside looking in. Nothing doing for a couple locals who helped ensure Unzicker’s return.

“There were actually a couple fans who heard we might retire…well, they wanted us to come back so they kicked in some money to help make it happen. Every little bit helps.”

Hendren has been fielding cars at the Illinois State Fairgrounds for more than 40 years…going all the way back to the USAC Stock Car division days. The longtime connection that Hendren has with Springfield coupled with the local star power of Unzicker has proven to be a potent combo in more ways than one.

“I can’t take credit for all that. A lot of those fans up there have been part of Hendren’s team for years. He always brings a lot of fans. He’s fielded cars for a lot of drivers…Kenny Rowley, Bob Strait and now myself. I’ve got a lot of dirt friends, family and friends that all come out too…it’s part of being close to home I guess.”

Indeed Unzicker is well known among the ranks across Illinois and beyond, as well he should. He was the 2011 UMP national dirt late model champion. With more than 50 races already in the books this year alone, he’s won five times, and is currently third in national points, first in Fairbury American Legion Speedway points and third in Farmer City Raceway points.

“We’re going to race Saturday, night before Springfield at Fairbury. We’re leading the points and we don’t want to give them up.”

As close as Unzicker got to Victory Lane at Springfield last year, it sounds like he doesn’t want to give that up either.

“The top-five finishes…just being there at the end was a big confidence booster for me. Springfield really did a lot for me. I told myself, ‘hey, I can do this…I can win these races.’ It really came around for us last year.”

If Springfield reinvigorated the troops, by the time DuQuoin came around, Unzicker and company were chomping at the bit. But, in the end, another heartbreaker for his fateful fans. Unzicker led 33 laps at DuQuoin, and built a nine-second lead inside of 20 to go when the dadgum caution came out. 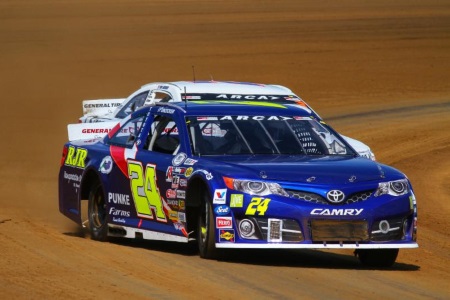 “We had a coil pack that wasn’t firing so we were already down to seven cylinders, but still leading. Then the left-front shock broke under caution. We decided not to pit…held onto our position. If we knew what we know now, we should have pitted and put fresh tires on it like everyone else. But we led some laps.”

It probably didn’t hurt that Unzicker had the new ARCA Ilmor 396 engine in the car with the new composite body wrapped around it. Decked out in royal blue with Unzicker’s signature late model no. 24 against the doors, the car looked spectacular.

“Got a fresh coat of paint on the car. Just got the motor in last week…rented for these couple races. I’m definitely excited about coming back this year…hopefully, we’ll be a contender.”

There are a go-zillion locals banking on it, two for sure.

Live on MAVTV
The Herr’s Potato Chips 100 will be live on MAVTV. ARCAracing.com will feature live timing and scoring and live chat of all on-track activity throughout the afternoon.

Discounted Tickets on Sale at Menards
Discounted tickets for the big show are on sale now at 10 Menards stores in Illinois through Saturday, August 19.

Fans can save $10 off the $30 gate price at two Menards stores in Springfield (Menards North and South), as well as stores in Champaign, Effingham, Forsyth, Normal, Pekin, Peoria, Quincy and Washington. Discounted tickets are $20 at Menards for ages 12 on up. Kids, 11 and under, are still $10 at the gate.