TOLEDO, Ohio (Aug. 29, 2017) — Tom Hessert, who opted out of a full schedule this year, hand-picked just five race events in 2017. After competing at Daytona, Talladega and most recently Springfield, Hessert’s got just two more left, and they’re two of his favorites, and for good reason.

The Cherry Hill, N.J. driver is entered for this Monday’s General Tire GRABBER 100 at the DuQuoin State Fairgrounds mile dirt and the following weekend’s Eddie Gilstrap Motors Fall Classic at Salem Speedway. Hessert is not only the defending DuQuoin winner, he’s a three-time winner at Salem. Safe to say, Hessert is looking forward to the next two shows.

“Absolutely…it doesn’t get any better,” said Hessert. “DuQuoin and Salem are two great tracks for us.”

Despite not being at the track every week, Hessert’s keeping a keen eye on the competition. 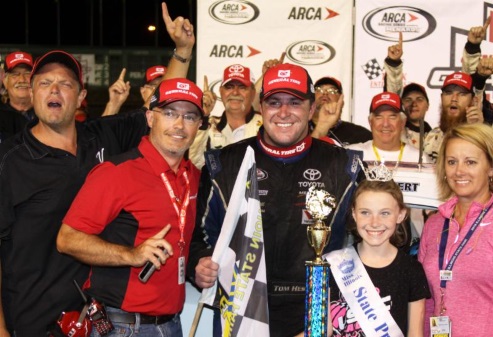 “As far as the competition level, I’m definitely paying attention…following along with the people in the garage area. There may be an uptick in the competition level but it’s always been hard to win here. It’s been a little different not being at the race track every week. Obviously, it was great getting back to Springfield…we qualified fourth so I was pretty happy with that. Even though I’m not racing every week, I don’t think there’s too much rust to knock off.”

Hessert’s win at DuQuoin last year came under the lights. For this year’s General Tire GRABBER 100, it’s back to day racing Monday afternoon.

“Day or night…it makes no difference to me, except we may be the only person to ever win at night (at DuQuoin). But it’s still cool to run during the day. Ultimately, it doesn’t make a big difference, from inside the car anyway.”

Salem follows on the heels of DuQuoin Saturday night, Sept. 9.

“Definitely looking forward to Salem. Haven’t been there since the fall race last year. We had a good run there…finished second to Christopher (Bell). We’re taking the same car to DuQuoin we won in and we’ve got the same car for Salem that we finished second in. Same set-ups…just need to improve by one at Salem.”

Hessert sees Salem as a little more challenging than DuQuoin in regards to his longer absence from the cockpit. 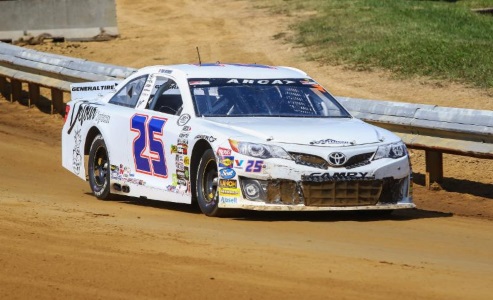 “I think it’ll be a little more challenging at Salem from not being the car. Salem’s a longer race…tire wear’s a bigger factor. Should be interesting. Going to DuQuoin and Salem is a great stretch for us. Just excited to get back to the track.”

Raceday Schedule/Media Coverage
The 64th running of the General Tire GRABBER-Southern Illinois 100 is scheduled to get the green flag at approximately 3 p.m. local Central time. Practice is from 10:45-11:45 a.m., with General Tire Pole Qualifying at 12:30 p.m.