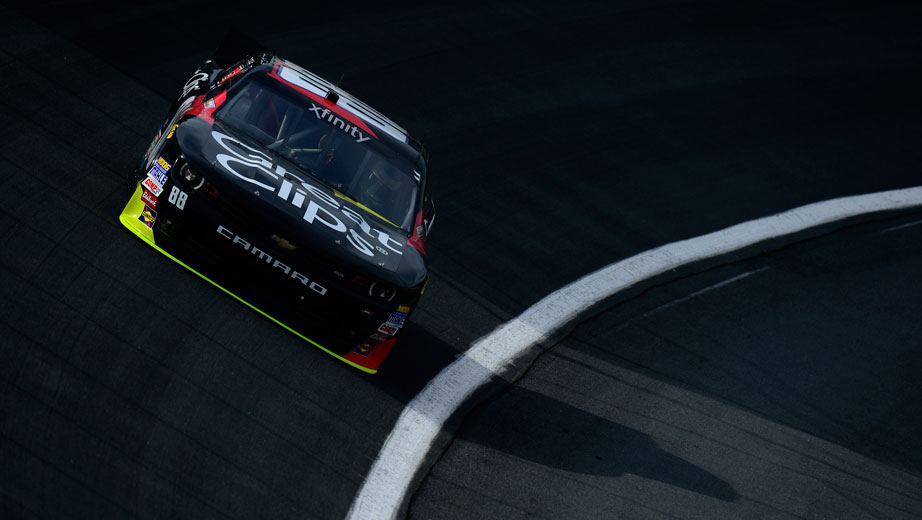 After posting the fourth-fastest speed in the opening session, Sprint Cup Series regular Kasey Kahne soared all the way to the top in Thursday’s final XFINITY Series practice at Charlotte Motor Speedway. Piloting the No. 88 Chevrolet for JR Motorsports this weekend, Kahne laid down a fast lap of 180.433 mph to score the top spot.

Fellow Cup regular and leader of the opening session, Kyle Busch was second on the leaderboard, propelling his No. 54 Joe Gibbs Racing ride at 180.114 mph around the North Carolina track.

Points leader Chris Buescher — who was runner-up in the first practice — maintained his momentum during the second session, posting the third-fastest speed of 180.108 mph in his No. 60 Roush Fenway Racing Ford. JR Motorsports’Regan Smith (180.096 mph) and Kyle Busch Motorsports’ Erik Jones (180.066 mph) rounded out the top five.

The XFINITY Series is back on track at Charlotte on Friday at 4:45 p.m. ET for Coors Light Pole Qualifying (NBCSN/Live Extra).

Current series points leader Chris Buescher ranked second on the charts, rounding the 1.5-mile oval at 181.330 mph in his No. 60 Roush Fenway Racing Ford.
Richard Childress Racing’s Ty Dillon posted the third-fastest speed in his No. 3 ride (181.318 mph), while Kasey Kahne — who is piloting the No. 88 ride for JR Motorsports this weekend — was fourth with a top pace of 181.020 mph. Ryan Reedrounded out the top five with a fast lap of 180.499 mph in his No. 16Roush Fenway Racing ride.

Reigning series champion Chase Elliott was 12th-fastest in the field, propelling his No. 9 JR Motorsports Chevrolet at 179.295 mph