GLENDORA, Calif. (Oct. 9, 2017) – Often referred to as the “can’t miss” event of the SEMA Show in Las Vegas, this year’s NHRA Breakfast promises to be the most buzzworthy affair yet. Featuring “Untold Stories of the NHRA,” some of the most prominent and memorable names in drag racing will come together to share insider information from their time in the sport.

The NHRA Breakfast will feature drag racing pioneers Shirley Muldowney and Don “The Snake” Prudhomme as well as current NHRA drivers John Force, and Antron Brown. Joining this all-star line-up will be NHRA’s senior vice president, racing operations, Graham Light. Broadcasting legend Bob Frey will serve as the panel moderator, asking probing questions to provide attendees with a revealing glimpse into some of the best kept stories in drag racing.

“Everyone attends the NHRA Breakfast at SEMA purely for the entertainment,” said moderator Frey. “Where else do you get to connect with a panel of this caliber? Hopefully we will unearth some stories that people haven’t ever heard. The interaction between the fans and the panel always generates memorable moments as well.”

The NHRA Breakfast at the SEMA Show will be held Wednesday, November 1 from 7:30 – 9:00 a.m. at the Westgate Las Vegas Resort and Casino Paradise Events Center. NHRA Legends will be available to sign autographs after the breakfast at the NHRA Booth (#10000) from 10:00 – 11:00 a.m. The annual NHRA Breakfast is part of the 2017 SEMA Show, the premier automotive specialty products trade event in the world which draws the industry’s brightest minds and hottest products to one place, the Las Vegas Convention Center from Oct. 31 to Nov. 3, 2017.

The NHRA Breakfast is open to all registered SEMA Show attendees at no cost – however, reserved tickets are required. A continental breakfast will be served. To order your NHRA Breakfast tickets or register for the SEMA Show, visit www.SEMAShow.com/register and click “Add Event Tickets.” 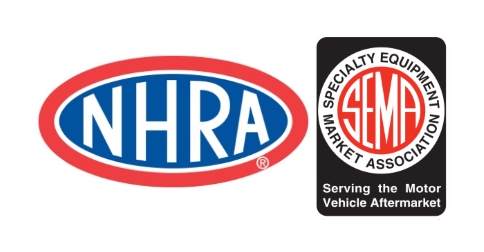 About The Panel
Shirley Muldowney – A three-time NHRA world champion and winner of 18 NHRA national events, Muldowney was the first woman to receive a Top Fuel Dragster license from the NHRA. Her willingness to buck the system changed the sport of drag racing and paved the way for many other women drivers.

Antron Brown –Although Brown began his professional racing career in Pro Stock Motorcycle, he is currently a 3-time Top Fuel world champion and has more than 60 career victories under his belt. Additionally, he is the co-host of Top Gear America, a popular TV series focused on cars and motorsports.

Graham Light – As NHRA’s Senior Vice President of Racing Operations, Light oversees competition and operations for all aspects of NHRA drag racing. He is a former Top Fuel racer and track operator as well. Light currently serves on the NHRA Board of Directors and as president of the FIA Drag Racing Commission.