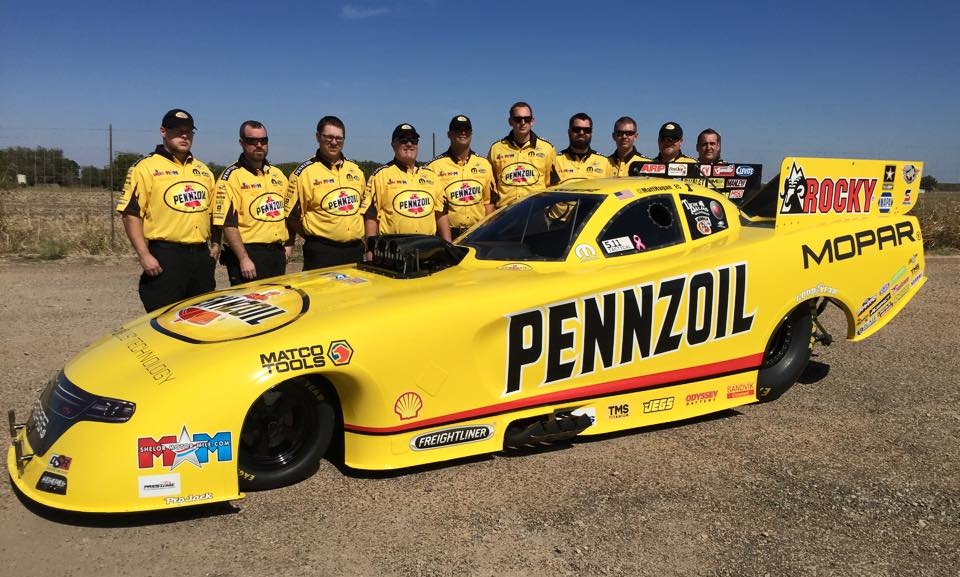 ENNIS, Texas (Oct. 16, 2015) – A new chapter will unfold Friday in the Pennzoil-Don Schumacher Racing story when two-time NHRA Funny Car world champion Matt Hagan and his team unveil the Pennzoil 2015 Dodge Charger R/T that he will drive in this weekend’s NHRA FallNationals at the Texas Motorplex near Dallas.

The iconic Pennzoil logo debuted with DSR in March during the Four-Wide NHRA Nationals near Charlotte Motor Speedway and has carried through this NHRA Mello Yello Drag Racing Series season with Pennzoil serving as the “The Official Oil Technology of DSR..”

The Pennzoil Funny Car will be the biggest presence for Pennzoil in professional drag racing since 1999 when Eddie Hill retired from Top Fuel after winning 13 NHRA national event titles and the 1993 world championship. Pennzoil’s drag racing history includes supporting rising star Don “Big Daddy” Garlits in 1958, who went on to become the most famous drag racer ever.

Pennzoil this year has been a major associate sponsor for Hagan at Las Vegas in April and in the Mopar Mile-High Nationals in July near Denver.

“It is exciting to be associated with Pennzoil and get them back into NHRA drag racing,” said Don Schumacher, who founded DSR in 1998 and has since won 13 NHRA world championships.

“Pennzoil has proven to be a product consumers have relied on for nearly a century and has such a long and successful history in motorsports, and we are proud to become part of that tradition.”

The Pennzoil race oil used by Don Schumacher Racing is formulated with PurePlus™ Technology, a unique process that converts pure natural gas into a first-of-its-kind, high quality full synthetic base oil. This pure, clear PurePlus™ base oil has fewer of the impurities found in crude oil, allowing it to fully enhance the benefits of the additives also found in Pennzoil Platinum® and Pennzoil Ultra Platinum™ Full Synthetic motor oils.

An example of the success DSR has enjoyed with Pennzoil is the performance of Hagan, who has won four events this this year, and his teammate Jack Beckman, who has a category-best seven event titles and is only 16 points out of the Funny Car championship points lead.

Continuing a rich motorsports history, Pennzoil has proven again that its storied relationship with a variety of racing teams, cars and series translates learning from the track to real-world benefits on the road and beyond.

Cutting edge PurePlus™ Technology is running under the hood of Pennzoil motorsports technical partners across NASCAR™, IndyCar™ and the TUDOR United SportsCar Championship Series. Pennzoil motorsports sponsorships maximize performance and engine reliability for the teams and has helped them push the limits in 2015. Pennzoil Pure Plus™ Technology is used off the shelf in all of the Chevrolet twin-turbocharged V-6 engines that compete in the IndyCar Series, including 2014 IndyCar champion Will Power. Pennzoil Pure Plus™ Technology was also under the hood of the 2015 Daytona 500-winning car of Joey Logano and Team Penske earlier this year.

For more details on the Pennzoil Platinum Full Synthetic motor oils with PurePlus™ Technology line of motor oils and product availability, visitwww.Pennzoil.com. To stay up-to-date on the latest activities, be sure to ‘Like’ the official Pennzoil Facebook Page (www.facebook.com/Pennzoil) and follow Pennzoil on Twitter (www.twitter.com/Pennzoil) and Instagram (www.instagram.com/Pennzoil). 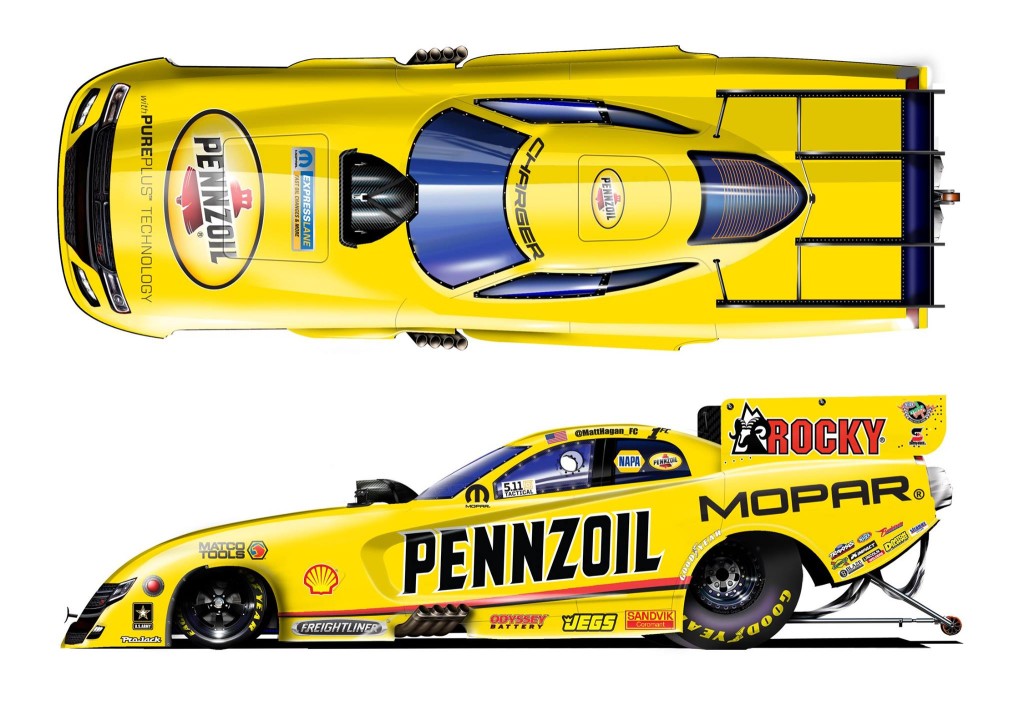