Force’s best pass came Saturday afternoon, as he raced down his home track at 3.935 seconds at 327.51, two hundredths of a second quicker than his first-round run of 3.955 seconds at 316.60 mph. The means Force and the PEAK Coolant & Motor Oil Chevrolet Camaro SS will meet J.R. Todd in the first round of eliminations. Todd’s best run was 3.946 seconds at 325.53 seconds. 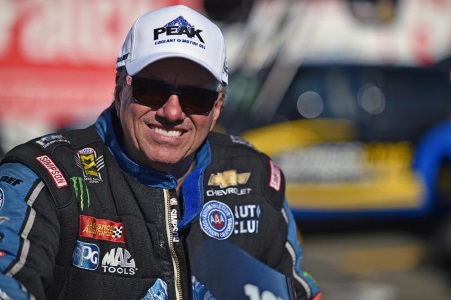 “I look at the overall picture,” Force said. “The PEAK car went down the race track. My car is not where I want it to be, but in the big picture I have two cars running for titles with Brittany (Force) in Top Fuel with Monster Energy, Robert (Hight) in Funny Car with Auto Club, and that’s important to me as a car owner. And Courtney (Force) with Advance Auto Parts and Chevrolet is still in the (Funny Car) running.”

The all-time leader in Funny Car victories at Pomona with 16, Force would like to end the same way he started it – going rounds. The 16-time Funny Car champ made it to the semifinals of the NHRA Winternationals at Pomona, falling just short of winning that matchup to daughter Courtney Force.

“We’re in the hunt, and I’m not guaranteeing we’re going to win, but we’re going down swinging,” Force said. “When this race is over, we’ll start getting ready for next year right away.” 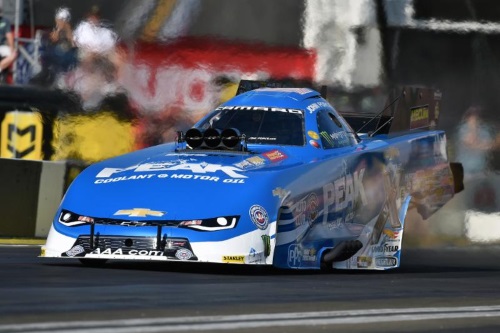