It’s time to celebrate in the world of NASCAR and a vast delegation of NASCAR Whelen Euro Series is flying to Charlotte, North Carolina to officially close the 2017 season with a trip in the heart of the sport culminating with the Home Tracks Champions Awards ceremony at the NASCAR Hall of Fame on Friday, December 8. 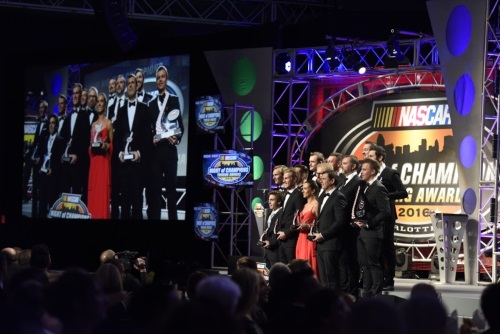 “The joy of being the NASCAR Whelen Euro Series champion definitely sunk in, I went back to Israel immediately after the memorable Zolder weekend and got a lot of attention back in my home country for winning such an international championship for Israel, so I had a lot of pressure during those first few weeks, but after that I had the time to rest a bit and have a small “vacation” in my home,” said Day. “We all worked so hard for this title and we deserve the right reward for that. I can say ‘mission accomplished’. In my first year at the banquet in 2015 I saw the names in the Whelen Hall Of Champions and I knew that was something I needed and that it was the target I’d hit one day. Thankfully we did it. I can’t wait to start this Champions Week in Charlotte, this is like holiday for all NASCAR drivers.”

The full immersion in NASCAR’s heart for the NWES delegation will begin on Thursday, when the group will visit the Chip Ganassi Racing headquarters, the Ford Performance Center and the NASCAR R&D Center before heading back the NASCAR Hall Of Fame for the evening’s Season Celebration in which all Euro NASCAR drivers will be rewarded for their success. The party will continue the next evening, once again at the Charlotte Convention Center in the NASCAR Hall of Fame, with the Home Tracks Champions Awards, the grand gala that will celebrate Day and six other NASCAR champions in front of the entire NASCAR family, marking the official end of another unforgettable season, rewarding Day and all the best.

The Awards ceremony will be streamed live on Fanschoice.tv on December 8 from 11 pm CET. 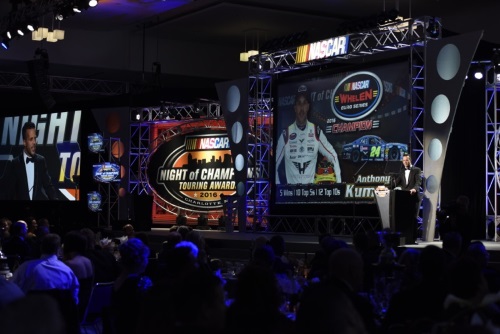 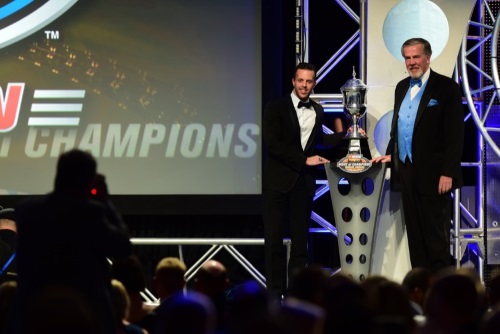 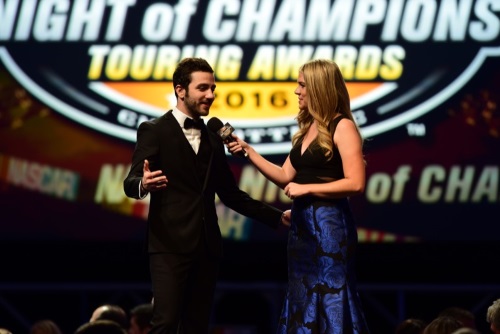