SAN ANTONIO, Tex. (Feb. 16, 2018) – Young Harry Gottsacker may only be 18 years old, but the talented racing teenager could be in the mix for the highly-competitive GTS division championship of the Pirelli World Challenge road racing series, when the season kicks off in the streets of St. Petersburg March 9-11.

Gottsacker, a karting world champion at age 14 at Daytona International Speedway, has already representing the U.S.A. karting team in Italy at the World Championships Finals, competed in Red Bull Global Rallycross and driven in the British GT sports car series.

Now, that racing experience at a young age could pay off as Gottsacker also proved his worth last year in the Pirelli World Challenge by winning a race in the GTSA class and a GTS pole position over a strong field at the famed Mid-Ohio Sports Car Course.

Harry’s strong showings in GTS last year caught the eye of Racer’s Edge Motorsports team owner Jon Mirachi, who was impressed by his speed and maturity on the track. And Gottsacker continued his karting this year where he won the Grand National Champion title.

Concentrating on one series and one championship run has the teenager set for 2018 with the PWC race-winning team of Racer’s Edge Motorsports from Florida. The Racer’s Edge contingent has won seven GTS races in the past two years in the potent SIN CAR 1 GT4 car. 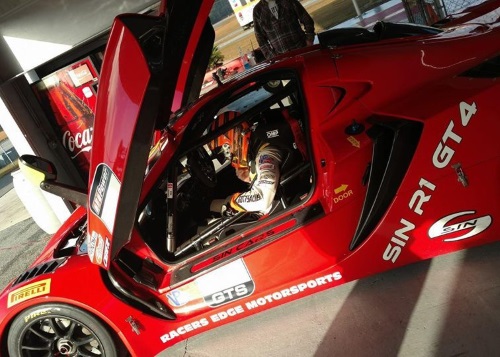 “Settling down and focusing on one series will be important for me,” said Gottsacker, who also is an Eagle Scout. “I have been bouncing around with world karting races, Global Rallycross and then the British GT series. I came back into PWC late last year and I ran well. I just graduated from high school and will take some college classes in between my racing season. With this new program, I believe I can concentrate solely on working with a top-notch professional organization and a fast race car.”

“The SIN CAR is a very aggressive race car and it should continue to do well against all the different makes in the GTS,” he said. “You have the Camaro, Mustang, Porsche, Panoz, Mercedes, Ginetta, Maserati, BMW, KTM, Audi and Aston Martin. That is a lot of competition and the GTS class has a lot of talented drivers like Lawson (Aschenbach), Ian James, Jade Buford and others. I expect some great wheel-to-wheel action in 2018. 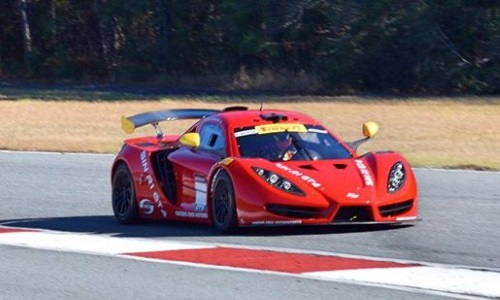 “I’m excited to return to the Pirelli World Challenge this year with the SIN CAR 1 GT4. The car has won races the past two years in GTS and it has proven to be fast at almost all of the tracks on the PWC circuit. This will mark the first full year I’ll get to run for the championship. So, I feel like I can continue the team’s winning trend in 2018 with more victories. I think the potential is really there to challenge for the GTS title.”

With the strong competition in the GTS class for 2018, Gottsacker has been working hard in the off-season to be ready to go in the SIN CAR 1 GT4 when the green flag drops on Saturday’s 50-minute sprint feature at St. Petersburg.

“I have been training hard for the 2018 season and racing against top guys in karting, even some former F-1 and IndyCar guys in Florida,” said Harry. “So, those events have raised my potential for the future. You learn such great race craft competing against those guys like Ruben Barrichello and Nelson Piquet Jr.”