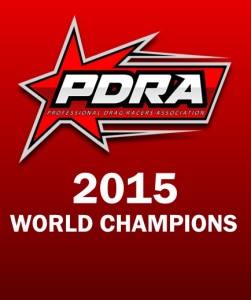 PITTSBORO, N.C. (October 27, 2015): With the close of the PDRA World Finals, the series’ sophomore season is in the books, and the second set of champions has been crowned. The PDRA thanks its staff, tracks, racers, sponsors and fans for a successful season and congratulates the new champions. 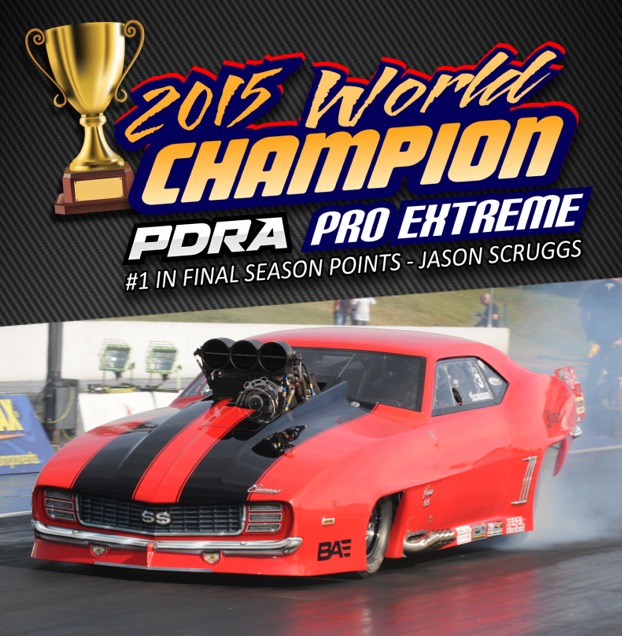 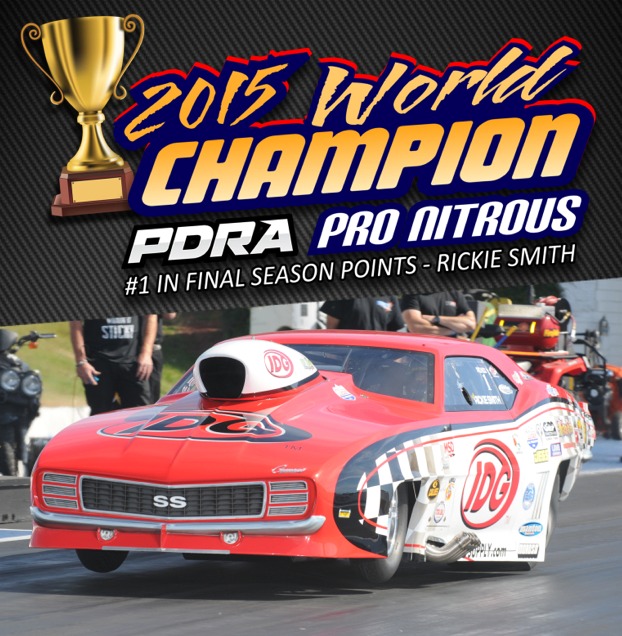 Taking home top honors in Switzer Dynamics Pro Nitrous was Pro Mod legend and North Carolina native Rickie Smith. Although number two man in points, Tommy Franklin, put forth a valiant effort towards the championship by resetting the PN elapsed time record, he ended his chances with a round two loss, effectively handing the championship to Smith. 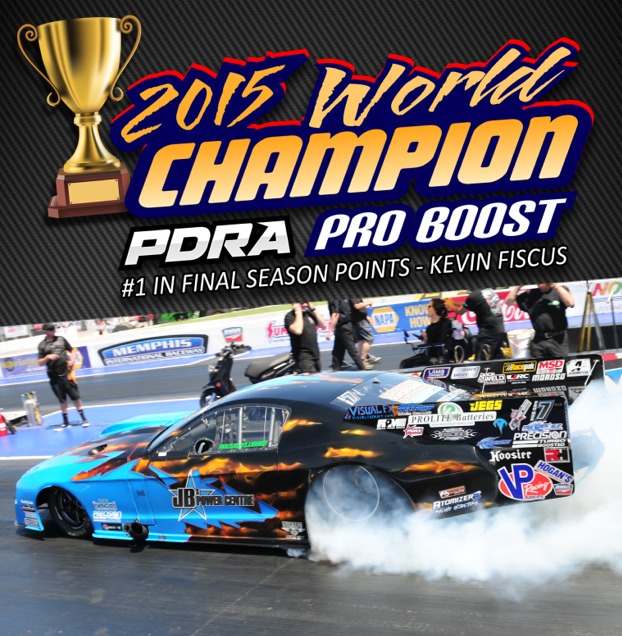 The points battle was tighter in Precision Turbo Pro Boost than in any other PDRA category. In a battle of turbo versus blower between Kevin Fiscus and Kevin Rivenbark, a first round win for Fiscus and loss for Rivenbark meant that the 2015 PB Championship was sealed for the twin-turbo Mustang 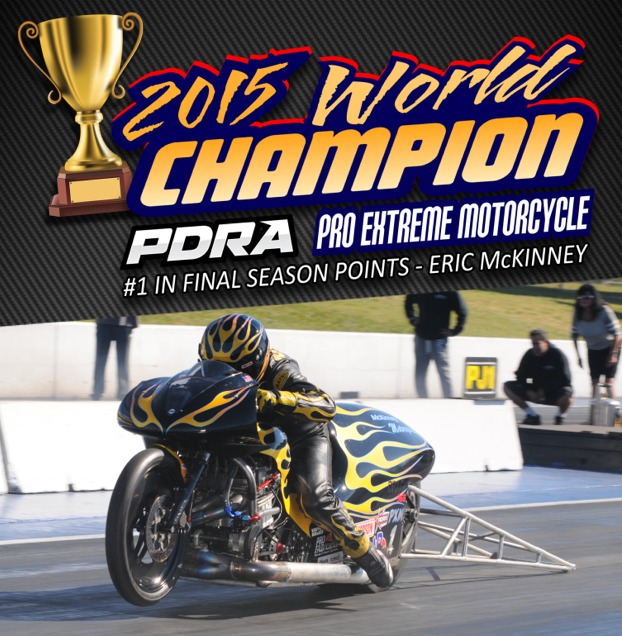 Eric McKinney made it back-to-back PDRA Championships in Drag 965 Pro Extreme Motorcycle. With another incredible season, McKinney had his championship locked up before heading to the World Finals. 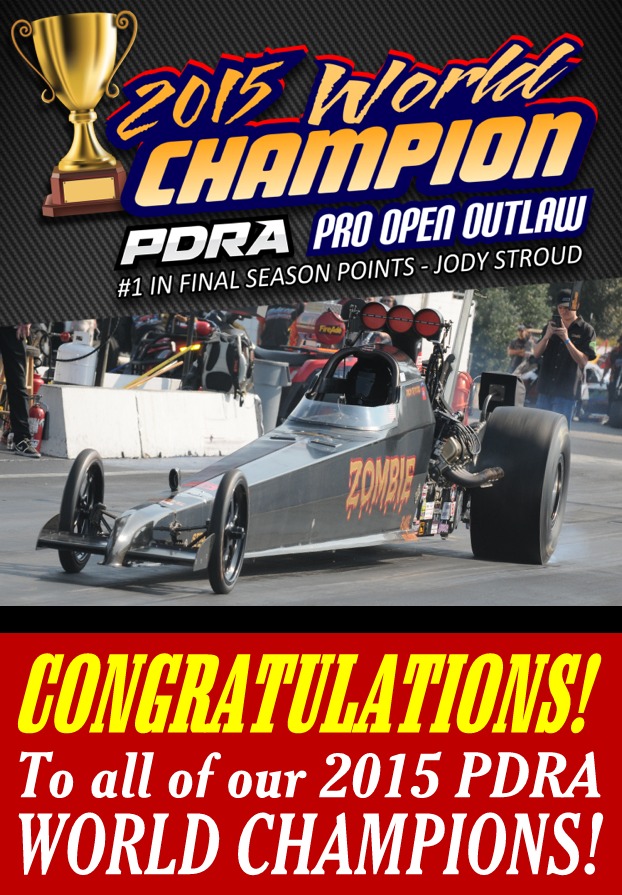 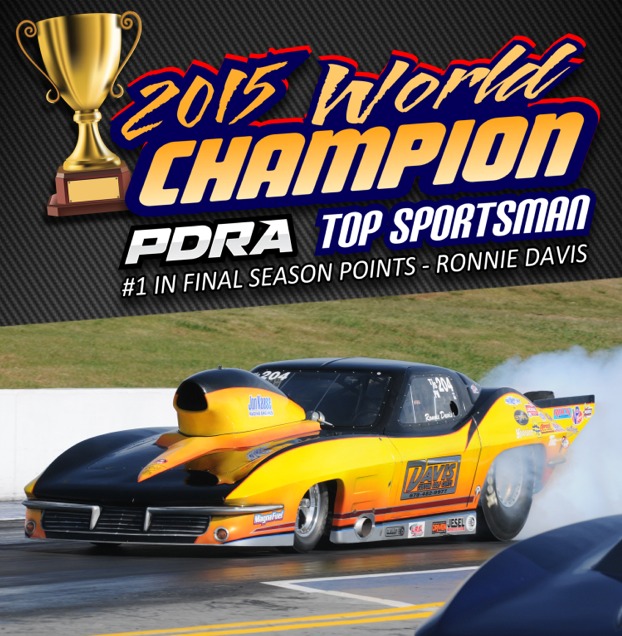 There was no shortage of action in the PDRA sportsman ranks as intense points battles ended with winners Ronnie Davis in MagnaFuel Top Sportsman, Justin Melton in Dart Top Dragster and brother/sister teammates Preston and Alexis Tanner taking home the championships in Pro and Top Junior Dragster, respectively. 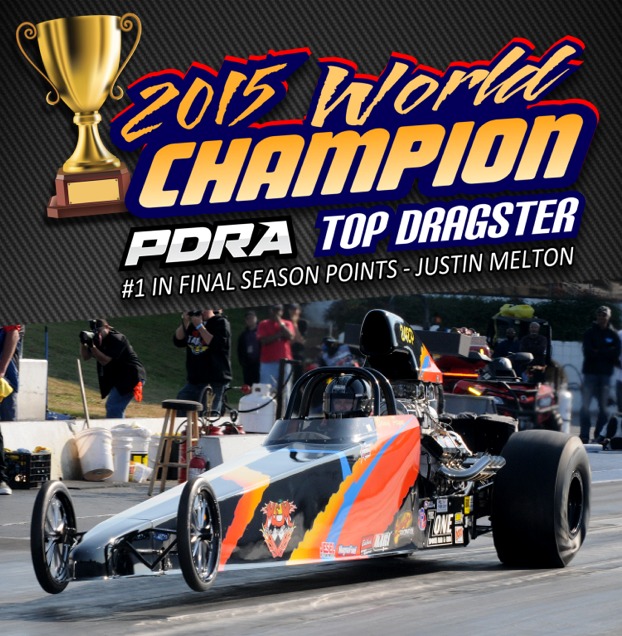 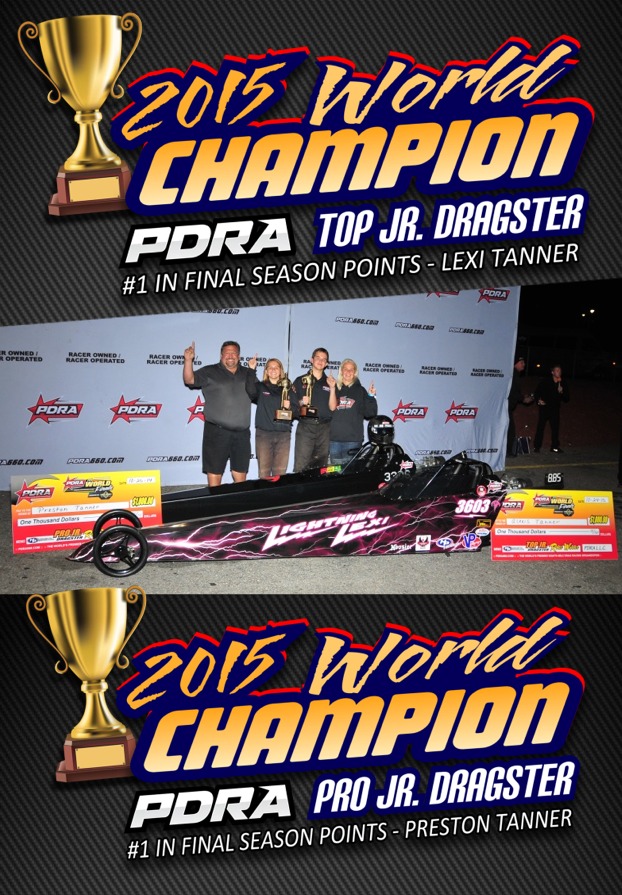 “We are incredibly proud of our 2015 Champions,” told PDRA CEO/Race Director, Bob Harris. “The battles were hard fought. Each race provided intense competition. All our racers should be proud of their accomplishments this season. We couldn’t be happier for our Champions and look forward to celebrating them at our banquet in December.”