Jiovani will be at the wheel of the Magic Racing orange #45 for the opening event at the fast ½ mile paved oval. Other early entries for the Gold Cup include Dennis Strickland, Scott Pemberton, Chris Benson, Joe Hawes and Albert Francis.

The race for the Gold Cup Series is the first of 5 events for the 2018 season, which includes 3 races at Flat Rock Speedway and a pair of events at Toledo. Gold Cup Series sponsors include Moran Chevrolet, Dani’s Transport, Royal Truck and Trailer Sales, Diamond Racing Products, DTS Drive Train Specialists, Francis Engineering and HABCO Tool and Development. 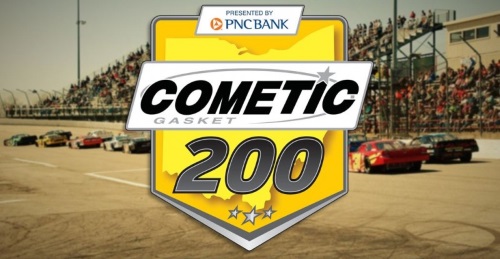 VanDoorn Racing Development is sponsoring the $100 Fast Qualifier award, and Fastime Racing Engines and Parts will honor the Champion Crew Chief with a $250 cash award at the annual awards banquet in November. The Series champion will collect $1000, with $600, $400, $300 and $200 cash awards posted for position 2-5 in the final points.

Sunny Media will once again sponsor the Good Weather Guarantee for race day, assuring that the temperature will be at least 55 degrees with no rain at the track at 3 p.m. April 14. If it is raining at the advertised race time start (3 p.m.) or the temperature is less than 55 degrees, those who have purchased advanced tickets will receive a free ticket to the next event at Toledo Speedway, the USAC Silver Crown race May 4.

Fans can save $5 on advance sale tickets ($20) if purchased prior to 5 p.m. Friday, April 13. Tickets are available by calling Toledo Speedway at (419) 727-1100 or downloading the order form from the Toledo website; it is located under the form button. Children 6-12 are just $3 each and under 6 are free.

The weekend kicks off with an open practice session for both divisions Friday afternoon, April 13 from 4 p.m. to 7 p.m. Admission to the grandstands is free Friday afternoon.

Spectator gates will open at 10 a.m. Saturday, with final practice for both divisions. Qualifying is scheduled for 1 p.m., followed by an on-track autograph session with all drivers from both groups. The first of two 100-lap features is scheduled to begin at 3 p.m.