Speaking about the team’s newest signing, Team Director Fabien Fior said, “We are pleased to partner up with AAS Motorsport and CTI Logistics for the upcoming races in Shanghai and Bangsaen. We have raced against Maxime in 2016, and have witnessed first-hand his race craft and pure speed. Now we have chance to work together, and it will be great to have his talents within the team. ” 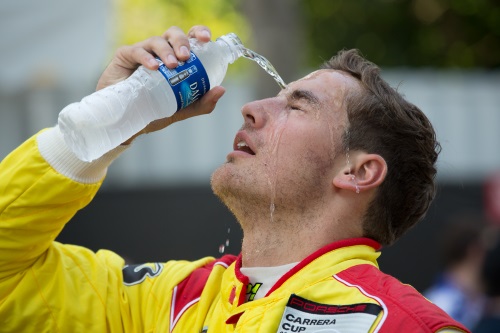 Commenting on joining the team, Maxime Jousse added, “I am very excited to return to the Porsche Carrera Cup Asia and I want to thanks to AAS Motorsport, CTI Logistics and Absolute Racing for the trust and support. I have raced against Absolute Racing serviced teams before so I know how hard they push as a team to win. It will be my first time driving the last generation of the 911 GT3 Cup but I am confident I’ll be able to do a solid over the weekend.”

Shanghai weekend will get underway on Friday with a 45-minute Free Practice session before a half hour qualifying shoot out on Saturday morning. The 12-lap race takes place on Sunday at 11.30 (GMT+8).