Euro NASCAR On Demand contents made their debut this week on the official NASCAR Trackpass app, giving fans from all over the world another opportunity to enjoy the best racing and entertainment from the European NASCAR Series.

“It is another amazing opportunity for the series to join the official NASCAR Trackpass app. This will provide huge extra exposure to our teams, drivers and sponsors as well as closer connections with our fans,” said NASCAR Whelen Euro Series President / Ceo Jerome Galpin. “Fans from all over the world can now watch NWES on their phone on the same platform as MENCS and NXS races. I’m a Trackpass subscriber since day one and I’m very proud to watch our series on it today. This will definitely boost our young production team to work harder to deliver better contents race after race!”

NASCAR TrackPass is an international subscription service for NASCAR fans to watch live World Feed streams of every Monster Energy NASCAR Cup Series and NASCAR Xfinity Series race. Subscribers may also view MENCS and NXS highlights, schedules and other On Demand content from both series.

In 2018, TrackPass will include On Demand highlight show content from the NASCAR Whelen Euro Series at no extra charge to subscribers.

The next event of the NASCAR Whelen Euro Series will take place in Italy at the Autodromo di Franciacorta on May 19-20. 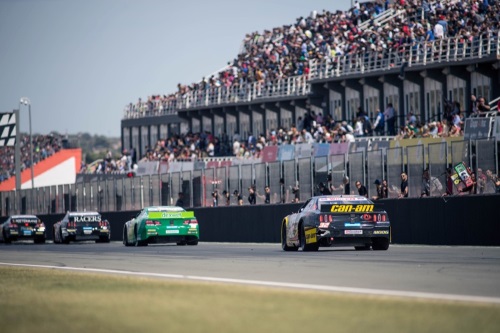