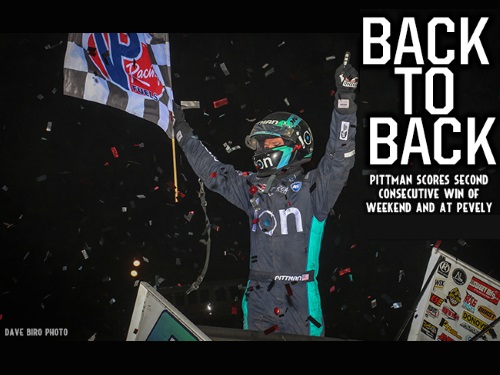 Donny Schatz won the Craftsman Club Dash and earned the pole of the 40-lap Feature alongside Ian Madsen. But it was Madsen who powered around Schatz to lead the opening circuit of the Feature. Sheldon Haudenschild used every bit of the racing surface to quickly take second from Schatz and begin chasing down Madsen for the lead. Just as Haudenschild was ready to make a move on Ian Madsen for the lead on the sixth circuit, the caution flew Ian’s older brother, Kerry, who was facing traffic on the backstretch.

Ian Madsen was able to turn under a pair of Sheldon sliders, before Haudenschild took command to lead Lap 8. As Haudenschild navigated heavy traffic, both Madsen and Pittman were able to erase Sheldon’s lead. Daryn Pittman made an eye-catching three-wide pass for the lead down the backstretch on Lap 13, only for it to be negated by a yellow for Cory Eliason. 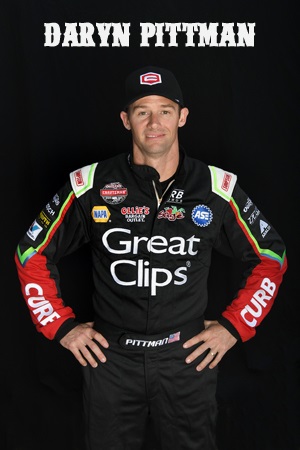 As the rubber became more prominent on the racing surface, experience became a factor. Pittman and Schatz quickly closed in on Haudenschild for the lead. Haudenschild had a minor hiccup in turn one and missed the rubber by no more than a car length, but that was all Pittman needed as the 2013 Series Champion stuffed his Kasey Kahne Racing No.9 car underneath Haudenschild to take command down the backstretch. A couple laps later Haudenschild hiccupped in turn one again and Schatz was able to sneak by for second.

Ian Madsen’s top-five run came to an end with five laps remaining, due to a flat tire. A clear track ahead of Pittman allowed the veteran driver to hit his marks en route to his 74th career Outlaw victory.

“Man, this is starting to be fun again. It’s been a frustrating start to the season, but this car has been a blast to drive the past two nights,” Pittman said upon exiting his Ionomy sponsored KKR No.9 machine.

“This is the way we envisioned we would start the year. We are really happy with where we are at right now, this is why you never give up,” an enthusiastic Pittman added. Pittman eluded to the harder tire compound his team elected to go with before thanking his car owner, Kasey Kahne, and all of his sponsorship partners. When asked about the negated three-wide pass for the lead, Pittman said, “I thought that was the end of our chance to win it. This really was a great team win.”

Donny Schatz also went with a harder tire compound. “I was way too loose in the beginning and we had to pay the price, but we made it back it up. All in all, it was a great night,” Schatz said in good spirits.

After leading 22 laps, Sheldon Haudenschild had all the reason to be dejected, but that was not the case. “We definitely want to win these races, but we want to finish them too. I’m happy with a podium. The guys worked really hard after tearing a car up last night. I missed the rubber twice and I got passed twice,” Sheldon, who continues to sit second in the Series Point Standings, said.

David Gravel and Brad Sweet completed the all-Outlaw top five. Nine of the top ten were World of Outlaws regulars, including Brent Marks who came from 22nd to 10th, earning KSE Hard Charger honors. Indiana youngster Cale Thomas was the lone non-Outlaw regular in the top-ten, finishing eighth. Jason Sides set fast-time over the 44-car field for the first time this season.

The World of Outlaws Craftsman Sprint Car Series completes its three-race bullring weekend Sunday evening at Tri-State Speedway in Haubstadt, IN. Another strong car count is expected, and all the action can be watched live on DIRTVision.com. Next week, the Outlaws ramp up its 40th Anniversary Celebration with three races in four days in Texas, capped off at the Series birthplace, Devil’s Bowl Speedway.

Abbreviated Results from Federated Auto Parts Raceway at I-55: 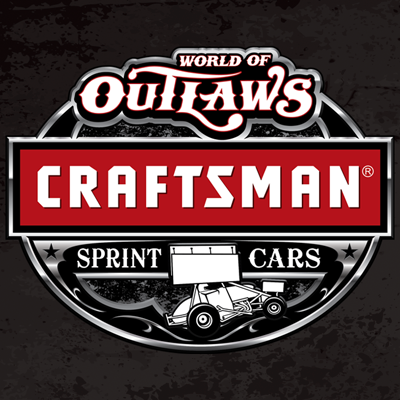