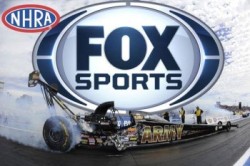 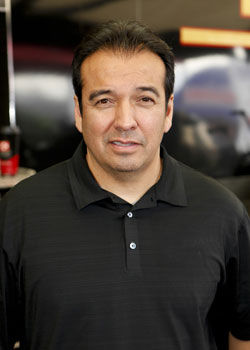 “All of us at NHRA are thrilled that Tony Pedregon will be joining our FOX Sports broadcast team next season as our expert analyst in the broadcast booth,” said NHRA President Peter Clifford. “As a two-time NHRA Funny Car world champion, a team owner and a top competitor for more than two decades, Tony brings an in-depth knowledge of NHRA and its teams and drivers.  As one of the most respected and personable competitors in our sport, we think Tony will connect with our existing fans and with new viewers.”

Pedregon, the youngest son of late NHRA driver Flamin’ Frank Pedregon, and one of three Pedregon brothers who have carried on the family tradition of competing in NHRA, including two-time world champ Cruz and oldest brother Frank Jr., has also been a great friend of the media during his driving career, giving impactful and insightful interviews and is always at ease on camera. As a team owner since 2004 he has an intimate knowledge of exactly what it takes to field a competitive entry in the NHRA Mello Yello Drag Racing Series.

“Tony brings a lifetime of experience to the telecast,” said Ken Adelson, NHRA vice president of broadcasting & digital content. “We know he’ll be a great asset to the NHRA broadcasts. We’re looking forward to the future and building a team that will deliver great content to our viewers.”

Said Frank Wilson, FOX Sports VP of Event and Studio Production: “Introducing Tony to the booth allows us to have the insights of a two-time NHRA champion from a multi-generational family of racers.”

Pedregon has been racing in the Mello Yello Series since 1992. His first official race was in a Top Fuel dragster for team owner Larry Minor. He joined John Force Racing as driver of the team’s second Funny Car in 1996 and he won the Auto Club Road to the Future Award that season. He won his first Funny Car championship with Force in 2003. The next season he ventured out to start his own team. In 2007 he raced to his second world championship title and first in Funny Car during NHRA’s Countdown to the Championship era. 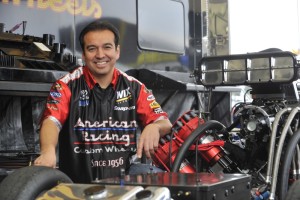 “I’m excited to become a part of something so big that will transition our sport and take us to new levels,” Pedregon said. “My time in the seat as an owner and driver is something I will always look back on with pride. The accomplishments were achieved through hard work and surrounding myself with good people and great sponsors. Now I look forward to the next chapter in my career, having the good fortune to work with NHRA and FOX Sports.”

Starting in 2016 the NHRA Mello Yello Drag Racing Series will be televised by FOX Sports 1 (FS1) with four events airing on the FOX national broadcast network during each season of the long-term agreement, providing the world’s fastest motorsport with live coverage of a majority of its events. FS1 will provide coverage of Friday and Saturday qualifying and Sunday eliminations for each NHRA Mello Yello Series event, with a minimum of 16 Sunday eliminations shows to be presented in a live coverage format, and the remainder shown either in weekend afternoon or primetime time slots. Four of those live elimination shows will air on the FOX national broadcast network. The 2016 NHRA Mello Yello Drag Racing Series season opens with the Circle K NHRA Winternationals, Feb. 11-14 from historic Auto Club Raceway at Pomona in Southern California.