LAS VEGAS — (Nov. 1, 2015) – Top Fuel driver Leah Pritchett did all she could Sunday in the first round of the NHRA Toyota nationals drag races at the Las Vegas Motor Speedway “Strip.”

The veteran drag racer produced the quickest reaction time of the entire round one eliminations in the Top Fuel division with a sensational .033-second starting line light against three-time NHRA Mello Yello Series champion Larry Dixon, who clocked a .091 light.

However, the spectacular reaction time didn’t help Pritchett as her Black Magic/Dote Racing dragster smoked the tires at the half-track mark and Dixon sped by for the victory. Dixon recorded 3.770 seconds at 328.30 miles per hour, best speed of the round, to Pritchett’s off-pace 4.185 seconds at 266.90 m.p.h. 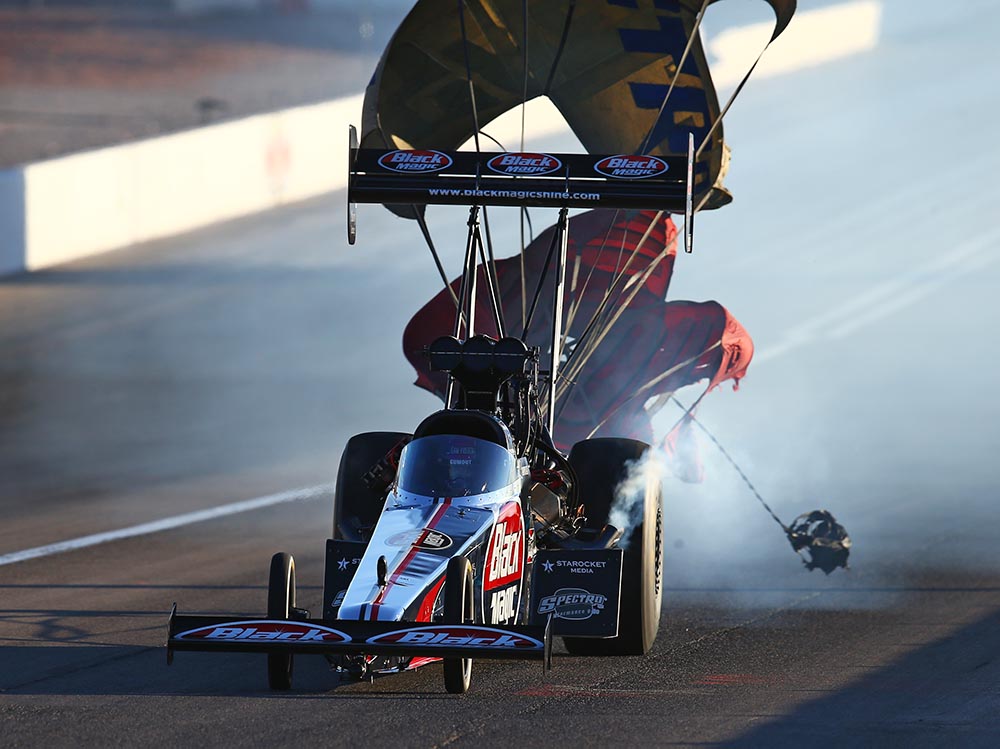 It was a tough way to end the 2016 season for Pritchett and the Dote Racing team, as the squad is not scheduled to compete in the final NHRA Mello Yello Series finale in two weeks at Pomona, Calif. Pritchett advanced to the semi-finals in last year’s NHRA Toyota Nationals. 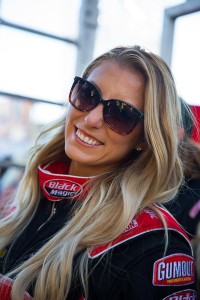 “Wow, that’s not the way we wanted to finish the 2016 season,” said Prtichett after the loss. “We have been running well in our recent races at Charlotte and Reading (Pa.). I felt like I needed a good light against Larry as his car has been very strong. I hit the throttle just right and I never saw Larry until the tires started to haze around half-track. I have raced here in Las Vegas many years and I thought we could come here and challenge for the win. It just didn’t fall that way.

The 27-year-old Redlands, Calif., native still enjoyed some career best performances in the Top Fuel category in 2016 including a final round appearance at the Southern Nationals in May and a No. 2 qualifying spot at the NHRA Keystone Nationals last month.

“We had some very good performances this year with the Gumout Top Fuel dragster and Dote Racing,” said Pritchett. “We came close to winning an NHRA national event this year and also taking the No. 1 qualifying spot. Those were our goals entering the 2016 season. Now, we will move forward and see what the 2017 campaign holds for us.” 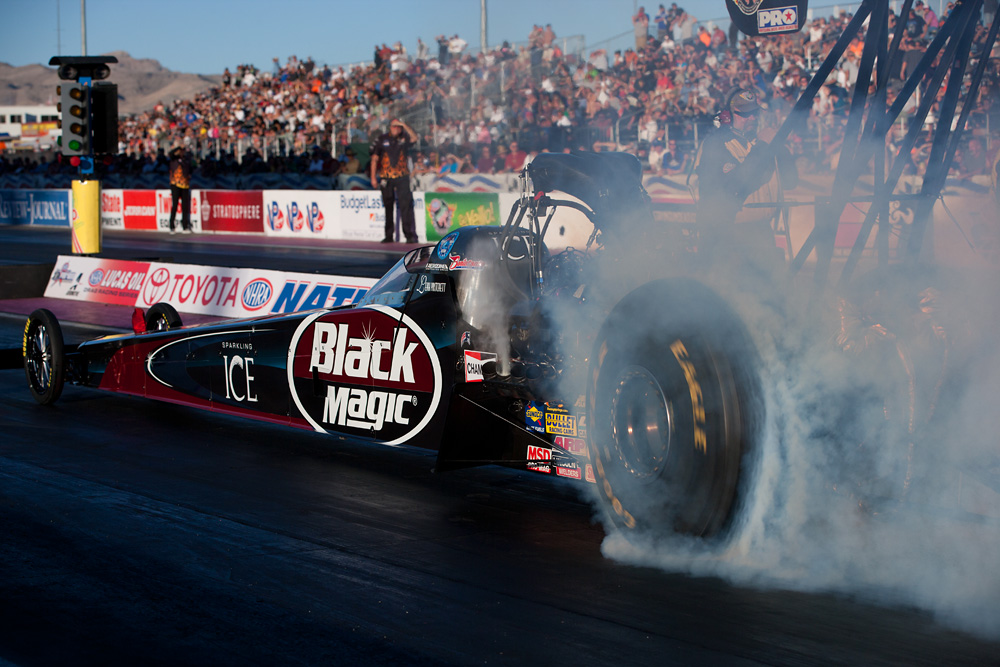