Absolute Racing are heading to Europe! The second Audi Sport R8 LMS Cup event of the season is upon us, with the teams and drivers travelling to Germany for the Round 3 & 4.

The Cup will make the European debut on May 11-12 in support of one of the most important GT races in the world – the Nürburgring 24 Hours. This event also marks the return of Absolute Racing to the continent where the sport began.

The Cup’s second double-header will be held on the 5.148 km Grand Prix configuration of the circuit. The Eifel Forest circuit demands the ultimate respect of everyone who turns a wheel on its undulating and challenging twists and turns. The weather adds an element of unpredictability that can shake things up. 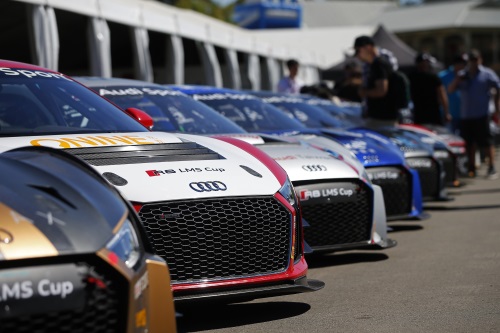 Series newcomer Andrew Hartyanto of ProMax Team arrives in Germany leading the championship standings after a stellar performance at Australia’s demanding Adelaide Street Circuit. The Indonesian driver was the first winner of the season and, as the highest overall points-scorer in the Australian rounds, Haryanto has secured a drive on the Audi Sport R8 LMS Cup team in the 2019 Total 24 Hours of Spa– a reward on offer to the highest points-scorer in each country on the Cup’s 2018 calendar.

Another one to watch this weekend will be the Singha PlanB Motorsport by Absolute Racing’s Bhurit Bhirombhakdi, who had emerged in Australia as a serious contender for the top 5 in some moments of impressive outright pace, and some of well-planned opportunism.

Yang Xi has had a steady start to his first Cup campaign. The Chinese Touring Car ace is still adapting himself to the intricacies of this new reality but his experience and resilience and knowledge of the sport could be of great value over the weekend.

Looking to spoil the race favourites’ party will be Chinese Taipei’s Jeffrey Lee and China’s Sun Jingzu. They both had endured a tough opening race and are hoping to bounce back in Europe. Lee is one of most experience drivers in the field and Sun has been improving consistently each race. 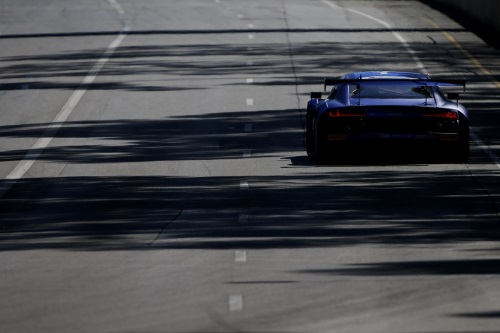 After a vigorous exhibition in the streets of Adelaide, the GT4 Cup commences this week at Nürburgring. Absolute Racing will enter two Audi R8 LMS GT4 for Indonesia’s Anderson Tanoto and China’s Naomi Zhang Ran. This race represents Tanoto’s baptism of fire in GT racing, following a promising private testing over the winter in Sepang, and Zhang Ran’s race return after five years of absence. The lady racer is no stranger to the Cup, having completed two seasons back in 2012 and 2013.

Commenting about the race weekend ahead, Team Director, Ingo Matter, said, “Logistically this race represents a huge challenge for the team but we are approaching the weekend with plenty of motivation. The Nürburgring is an iconic racing track and our drivers are eager to take this new challenge and face the local opposition. For most of them it will be the first time racing in Europe. We are looking forward to a great, exciting weekend that will hopefully be successful too.”

Team Manager, Michael Schneider, added, “After a great race on the street circuit of Adelaide, our drivers will be facing a completely different but equally difficult challenge at Nürburgring. The circuit is famous for the changing weather conditions and the forecast for this weekend is not any different. That will give the local drivers an additional advantage, but we will prepare our drivers as good as possible for this iconic track. We are looking forward to a great weekend ahead with packed grandstands and a unique atmosphere.”