The victory is the seventh USAC national feature win for Boat behind the wheel of a Toyota-powered Midget car. He also took top honors at the Lucas Oil Chili Bowl Nationals Race of Champions event in January. It’s the 17th national midget feature win of the year for Toyota and the third in four 2018 USAC events.

Boat ran in the top two throughout Thursday night’s action-packed race. Starting from the outside of row one, he battled with pole-sitter Tanner Thorson throughout much of the first half of the race as the two repeatedly traded sliders for the lead before Boat eventually took over the top spot. 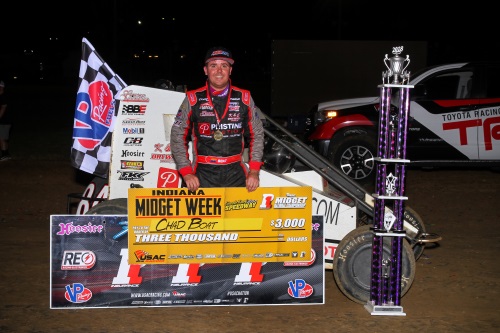 While his battle with Thorson came to an end, things didn’t get any easier for Boat. He widened his lead briefly while the battle for second heated up behind him, but Grant closed on him late in the 30-lap feature.

Grant would make a big run at the lead in the final laps, driving deep into turn three on lap 27, but Boat was able to hold him off. Grant then appeared to have a bobble on the following lap and Boat took advantage of it to pull away and capture the victory.

“The PristineAuction.com/K&C Drywall Toyota Racing car was great all night,” relayed Boat afterward. “The guys did a great job making the right adjustments throughout the night and made it happen in the feature. I’m really looking forward to carry this momentum the rest of the week.”

Spencer Bayston placed sixth, followed by Logan Seavey in seventh, Rico Abreu was eighth, Ryan Robinson ninth and Jerry Coons Jr. made it six Toyotas in the top 10 with his tenth-place showing.

Next up for Indiana Midget Week is Friday night’s USAC event at the Bloomington Speedway before heading to Lawrenceburg on Saturday and closing out at Kokomo Speedway on Sunday. 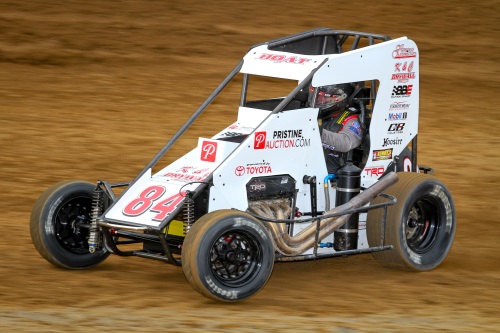