Absolute Racing celebrated another superb win and a double podium at Buriram, during an action-packed second joint event of the 2018 GT Asia Series and Thailand Super Series.

Following a strong start of the season in Sepang, Absolute Racing line ups presented in great shape at the Chang International Circuit right from the beginning. 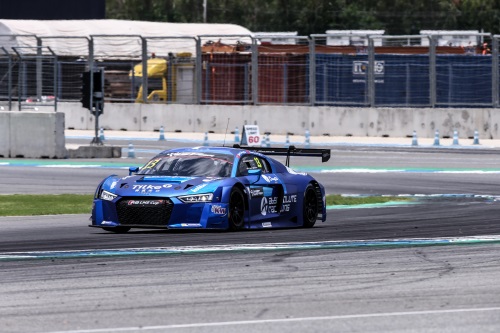 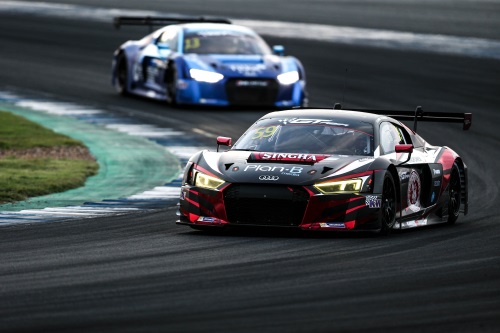 The first race in Thailand’s north-eastern Isaan province saw a number of retirements in the 22-car field, including #59 Singha Plan-B Motorsport by Absolute Racing Audi due to a collision with a backmaker. Sun Jingzu and Cheng Congfu emerged from a bruising round three in second place.

Cheng led the first laps of the race from the pole but faded to second before handing the car to Sun who finished the job well. The blue Audi scored its best result in the series so far. 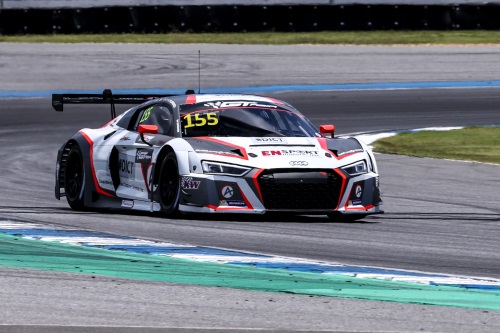 Podium contenders Adderly Fong and Vincent Floirendo finished fourth at the flag. Fong kept the (#155 EN Sports by Absolute Racing Audi) close to the top, passing the car off to Floirendo, who had an eventful stint, in fourth. The Filipino driver spun and dropped to eight, but he rebounded strong, came back and snatched a fourth place finish. However, they had been handed a 55-second penalty time for pit stop infringement, which resulted in them dropping to ninth in the results.

Following an impressive performance in the 34-lap race, Kantadhee Kusiri and Vutthikorn Inthraphuvasak crossed the finish line in second but they ended up not being classified for taking a drive-thru penalty in the final lap. 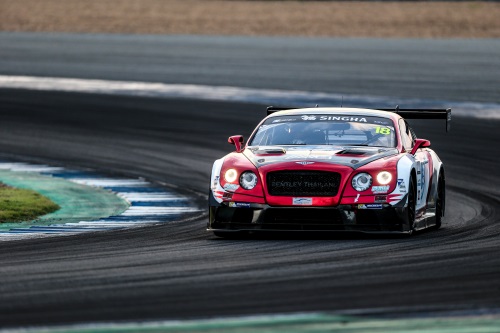 The total of 22 competing cars met again for the race two in glorious sunshine on Sunday lunchtime. Starting from second, the Thai Bentley duo was in the mindset to win the race from the start. Kantadhee Kusiri and Vutthikorn Inthraphuvasak took the first position in the opening lap, ran a faultless race, winning by a comfortable margin of 13.367 seconds and setting the best lap time of the race in the process. This was the first ever victory of the Bentley Continental GT3 in the Thailand Super Series.

The day was also good for the three Absolute Racing run Audi R8. Kantasak Kusiri and Bhurit Bhirombhakd had a dramatic start to the race. Following a slow getaway the #59 Singha PlanB Motorsport by Absolute Racing Audi R8 LMS was involved in a collision with the B-Quick Audi R8 LMS ultra. Bhirombhakdi was hit with a drive-through penalty for the incident, which was served prior to the compulsory pit stop, where he handed the reins to Kusiri.

The local heroes managed to overcome this adverse start with an impressive performance of Kusiri, driving all the way from the middle of the pack with sensational overtakes to cross the finish line in third!

Starting from P11 on the grid, Vincent Floirendo and Adderly Fong (#155 EN Sports by Absolute Racing Audi R8 LMS) had to embark on a thrilling ‘back-to-front’ race, outperforming expectations with a fourth-place finish. 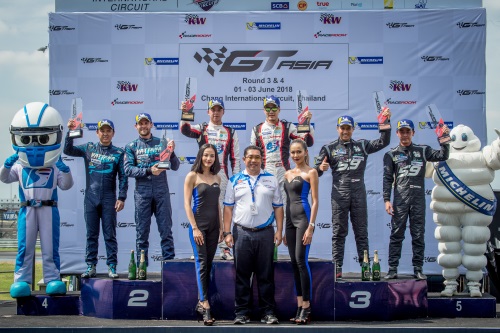 Michael Schneider, Team Manager of Absolute Racing, said: “We had a great qualifying results in both Pro and Am category. The first race went well and although we had to serve an extra compensation pit-stop, due to our victory in Sepang, we still managed to finish second overall. For race two of our cars had a bad start and ended up at the end of the pack. But it did not dampen their fighting spirit. The Singha Plan-B by Absolute Racing drivers Bhurit and Kantasak even managed to secure a place on the podium at their home race. Sun Jingzu and Congfu Cheng had a great race with impressive overtakings from both drivers. Vincent drove very consistent over the weekend and did a great job to avoid an accident in race two. It laid bases for Adderly to finish just outside the podium, taking home a fourth place.”

Fabien Fior, Team Director, added: “All in all it was a good weekend for the team. We are really happy with est Cola by AAS Motorsport victory in race two and the podium positions achieved by Sun and Cheng in race one and Bhurit and Kantasak in race two. The competition here is good and we need to continue improving and getting maximum performance from what is a strong package.”

The third meeting of the GT Series Asia season will take place at Ningbo International Speedpark (China) from 6 to 8 July 2018.