North Dinwiddie, Va. (June 6, 2018) – Terry McMillen and his AMALIEⓇ Motor Oil XTERMIGATORⓇ Top Fuel team head to the Virginia NHRA Nationals near Richmond and McMillen can’t wait to get back on the track.

“We missed a great opportunity to make a move up the ladder in Chicago,” McMillen said. “We just had some fuel system issues in Chicago that we thought we had figured out on Sunday, but it just didn’t work out in our favor. We’re ready to get back out there and continue the success we’ve had so far this season.”

McMillen’s season is shaping up to be the best of his career. He currently has nine round wins, already the second best for an entire season. He won 14 rounds in 2017, including his first win in Las Vegas. He’s also been to 3 final rounds through the first nine races of 2018.

“I’m glad we’re back racing in Virginia,” McMillen said. “I’ve raced here a lot over the years in my Alcohol Funny Car. One of my first Top Fuel NHRA races was here in Richmond. The fans are great, the track is great and we’re looking for a great finish in Richmond.” 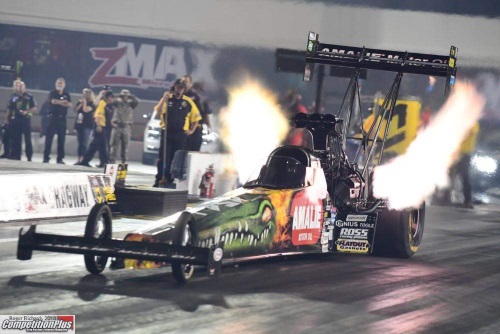