Amongst a weekend of mixed fortunes for Absolute Racing serviced teams at Fuji Speedway, Team StarChase’s Philip Hamprecht claimed his second win of the season in the second event of the 2018 Porsche Carrera Cup Asia.

The weather around Mount Fuji makes for unpredictable conditions and this weekend was no different, complicating the life of drivers and engineers.

Saturday morning saw the Absolute Racing Pro class serviced cars finishing in the top ten positions of the 30-minute qualifying session, with Hamprecht placing the #99 Team StarChase 911 GT3 in second on the grid for both races. Tanart Sathienthirakul looked very impressive too, clocking the third best time. Cup returnee Maxime Jousse timed in sixth fastest. Further back, Yuan Bo posted ninth-best time in the session, while Daniel Lu rounded up the top ten as his best lap was expunged for exceeding track limits. Bao Jin Long was the quickest of the Pro-Am class in the morning Qualifying session but he carried to Round 2 a 5-position grid penalty from the Shanghai opening round.

The weather once again played its part in proceedings for the first race of the weekend. On an eventful wet-to-dry race on Saturday, Hamprecht kept himself out of trouble, claiming a solid third place finish and achieving the best position of the team.

The track conditions were definitely very tough for the tires and Jousse, Lu, Yuan Bo and Sathienthirakul were among the drivers that suffered punctures and did not finish. Bao Jin Long, who was a serious podium contender in the Pro-Am Class, joined earlier to his luckless teammates, after an early contact with another car forced him to stop.

On Sunday’s race two, Hamprecht made a great getaway to lead from wire to wire for the win, celebrating his second win of the season. The German youngster now leads the championship standings by one point and Team StarChase heads the Porsche Dealer Trophy standings by ten points.

16-year old Lu would continue his efforts with another incident-free run, ultimately finishing fourth. Yuan Bo also showed improvement from his last race, wrapping up the weekend with a sixth place finish.

Tanart Sathienthirakul sustained damage to his car while battling for third place on lap eight, forcing a premature end to his race.

Starting from fifth position, Jousse was excluded from the final result for not attending the weight check, after embarking on a superb back-to-front race from P18 to sixth.

Fuji’s race two saw another display of Bao Jin Long’s ever improving race craft as he clinched a superb Pro-Am class win. He was in a class of his own, finishing seventh overall.

Commenting about the race weekend, Team Director, Fabien Fior said, “The team’s pace throughout the whole weekend was very strong. After an unlucky first race, where we still managed to achieve a podium results, all our drivers managed to bounce back strongly in race two. A perfect result for Team StarChase’s Philip, who is now leading the championship standings, and Zheng Tong Auto’s Bao today, and great to see us up there represented on the top of the podium. We hope for more in Thailand and for the remainder of the season.”

The Porsche Carrera Cup Asia will now travel to Bangsaen Street Circuit in Thailand for Round 4 and 5 on July 13-15.

By taking part in this non-championship race the Absolute Racing serviced teams were awarded 10 championship points for the Overall and Pro-Am Class classifications.

Although the all six-car team took a cautious approach to the race, Zheng Tong Auto’s Bao Jin Long still made it to the podium in the Pro-Am class as the best of the Asian pack.

Hamprecht finished tenth, one place ahead of Jousse. Daniel Lu was P13, while Tanart S. and Yuan Bo did not finish.
Weekend Results:
Qualifying
Round 2
Round 3
Invitational Race 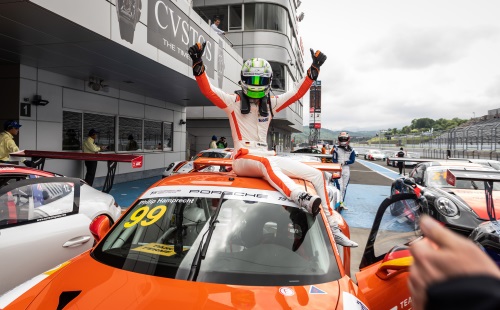 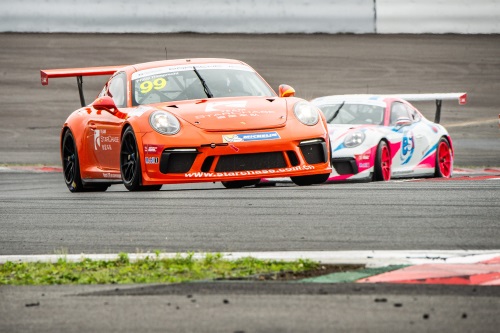 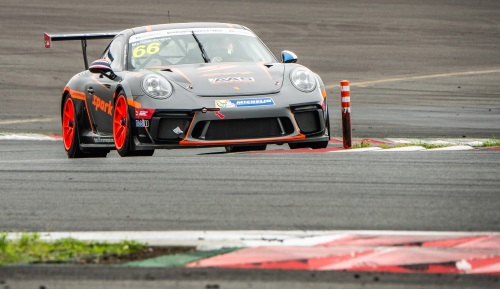 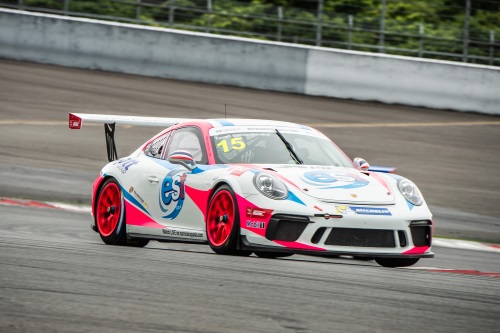 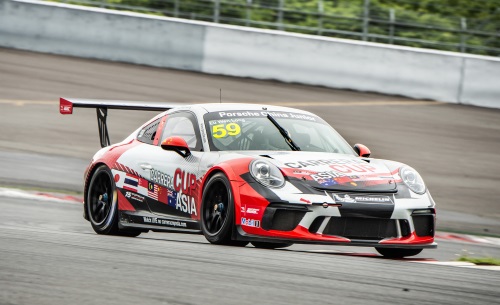 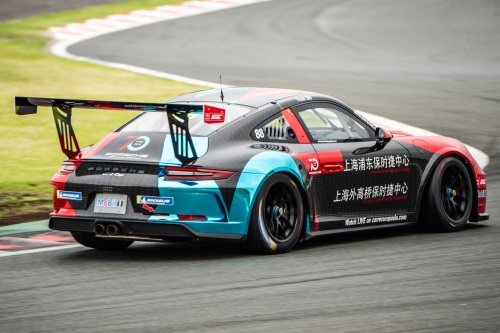 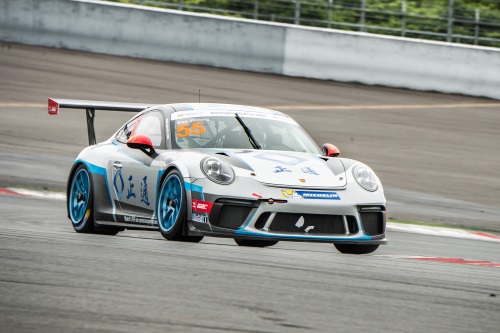