Pescara, Italy – With the podium conquered in UK under the belt, Solaris Motorsport is ready for a new exciting challenge in the NASCAR Whelen Euro Series: the debut on the most popular kind of US track, the oval. Both Francesco Sini and the Pescara-based team will race for the first time turning…only left. Definitely atypical, the 650 meters of the the short track built in the Tours downtown will enjoy all the fans with a lot of show thanks to the new race format inspired by the legendary Daytona 500, three races per day and the Cone Rule that lands in Europe. An incredible weekend that will start already on Friday afternoon.

“I’m very curious to taste the feeling! The oval is the typical NASCAR track and, in particular, the short track is the most popular. 650 meters where everything can happen and each mistake can change your weekend. No run off zones, no way to save if you make a mistake or you are in trouble, the wall is there, next to you, to remind you that you don’t have one single centimeter more. It will be exciting and stimulating, for sure very demanding.” commented Francesco Sini, who got the first ever podium in the NASCAR Whelen Euro Series for Solaris Motorsport at Brands Hatch in front of 50 thousands fans. “On tracks like this, the spotter becomes fundamental, he’s literally your guardian angel. His job and the relationship between him and the driver is fundamental for the result of the race. Especially if you think at 20 cars in less than 700 meters and a 5000 € check for the winner. It will be an hard battle, we will have to learn everything and as faster as we can.”

“This is a good challenge! On the road courses we have a good potential now, we have a good knowledge of the car but, if we talk about oval races, we have to discover everything about setups, behaviour and driving style. And it will be very demanding also for the mechanics with so few time between the sessions, they will have to be quick and everything will have to go on the right way. The spotter here is important as the same as the driver.” said Roberto Sini, Solaris Motorsport Team Principal. The Italian squad was back to field a Camaro from the UK round. “It’s a kind of new debut for us, we have a lot of thing to learn but we are confident thanks to the results gained until now. If you take a look to the history, the Camaro never got the podium on a oval race in the NASCAR Whelen Euro Series. To be the first one to do this could be another nice satisfaction for us at Solaris Motorsport.” The Italian team, after making the debut of the Camaro in the Superstars Series and conquering the EuroV8 title, gave the first GT3 win in Europe to the US muscle car.

The intense Oval World Challenge weekend will start soon on Friday, with the two free practice sessions scheduled at 11:15 AM and 2:15 PM, followed by the qualifying session, at 4:50 PM, that will decide the Semi Final grid order, with the odd positions that will race the Semi Final 1 and even the Semi Final 2. Saturday at 11:20 AM the start of the first Semi Final, while the second one is attended at 11:55 AM. The Top10 of each manche will enter the Final, scheduled at 12:35. Same scheme will be replicated on Sunday, the Semi Final 1 will start at 3:25 PM, the Semi Final 2 at 4 PM and the Final at 4 PM. The qualifying session and all the races will be live streamed on the NASCAR Whelen Euro Series Facebook page and YouTube channel, on Motorsport.tv, Fanschoice.tv and several portals and Facebook pages all around the world. 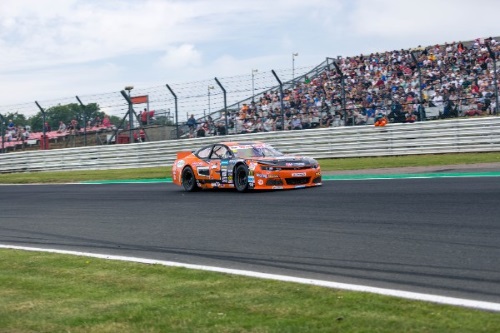 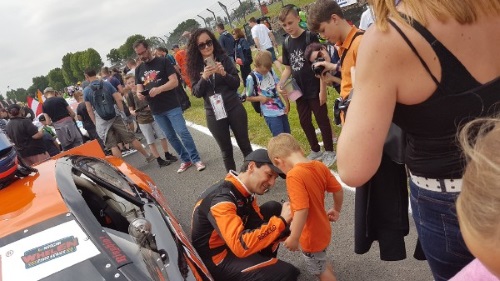 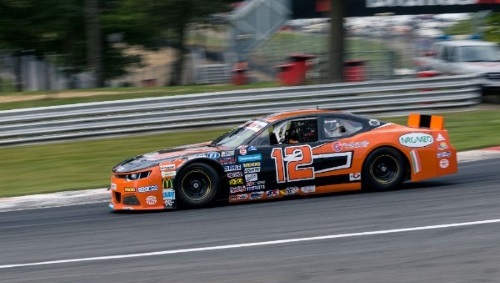 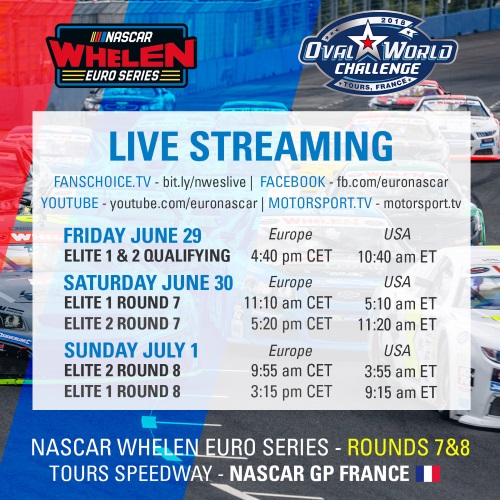 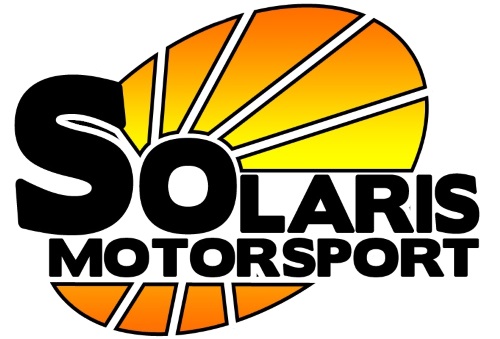