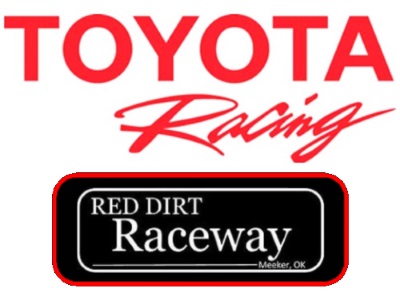 Bell, the 2013 USAC national champion and 2017 NASCAR Camping World Truck Series titlist, has now won all five national midget feature races he’s entered this season, including his second consecutive Chili Bowl Nationals crown in January, and 15 of his last 18. Overall, he has 49 career wins in national midget car competition and could become the first Toyota driver ever to win 50 when he returns to the circuit Sunday night in Sweet Springs, Mo.

Tuesday night’s action started with another Keith Kunz Motorsports (KKM) driver leading the early going as Ryan Robinson started from the pole position and led the opening two laps. Teammate Tanner Carrick quickly moved up through the field from seventh and eventually rolled the bottom past Robinson for the top spot on lap three, but Robinson would use the cushion to retake the point position on the following lap.

As the two teenagers fought for the lead, teammate Logan Seavey climbed from fifth and began to close on the top two. He passed Carrick for third on lap five and then went low to take the lead away from Robinson on lap six. Not far behind was Bell, who charged from seventh to fourth by lap six, and then passed Carrick for third on lap seven and Robinson for second two laps later.

After a caution on lap 15, Seavey would lead the field back to the green flag with 14 laps complete with Bell, Carrick, Brady Bacon and Jerry Coons Jr. rounding out the top five. Bell closed in on Seavey running low, but was unable to make the pass and momentarily fell back. At that point, he went back to running the top and closed back in on Seavey.

Bell would eventually take the lead on lap 19 as he powered past Seavey up high. Seavey would initially stick right with him, but bobbled on the cushion with five laps to go, allowing Bell to pull away.

A late race caution with three laps to go bunched the field, but no one would have anything for Bell, who pulled out to a comfortable lead on the way to taking the checkered flag. Teammates Seavey and Carrick would finish second and third to make it a KKM Toyota sweep of the victory podium.

Bell’s victory is the 23rd national feature win for a Toyota-powered driver this season and the fifth in seven USAC events in 2018.