Saint-Eustache (August 9, 2018) – Kevin Lacroix, along with the Bumper to Bumper team, is heading to the Grand Prix de Trois-Rivières this weekend for the most significant event of the NASCAR Pinty’s season.

Every year, this 2.46 km, 11-turn track attracts fans from all over Québec, making this event even more special for the local drivers.

Kevin Lacroix has had a lot of success on this track, winning two times out of three participations. “We are now passed the annual storm which are the races at Chaudière and in Western Canada where I visibly have no luck,” reveals Lacroix. “Usually we dominate on the tracks we have left on the calendar. I won two times out of three races at the GP3R, so it should go well for us.” 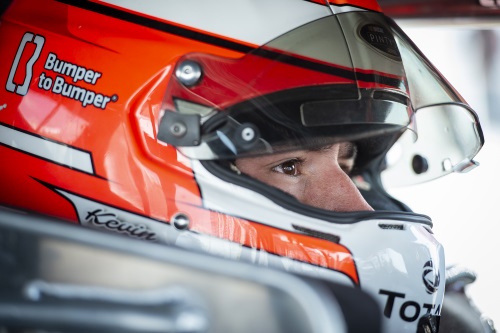 Kevin is currently 7th in the NASCAR Pinty’s standings, tied with the 6th. “It will be a close battle until the very end of the season. I hope to regain the championship lead but it all comes down to how many victories I can get, and it all starts at Trois-Rivières. We are a little bit under pressure, but I am confident we can be on the podium and even win this race.”

Last year, the Grand Prix de Trois-Rivières venue was taken over by the fans of the #74. The bleachers were full of red jerseys from the Bumper to Bumper team.

This year again, Bumper to Bumper, joined by Total Canada, will welcome hundreds of guests to cheer on the driver of the 74 Bumper to Bumper/ Total, Gates/ Go Fast/ PFC Brakes car.

The NASCAR Pinty’s fans can meet Kevin Lacroix Sunday before the race at the Fan Walk on the track starting at 12:45 p.m. The green flag of this 50-lap event will be given at 2:18 p.m. and will be broadcast live on RDS 2 at 2 p.m. 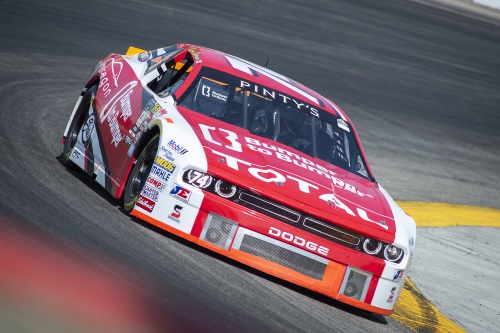