Troy Jr. will be racing in the Top Alcohol Dragster category as a driver for veteran Rich McPhillips.

After 18 of 24 events, Jeg Jr. enters this week’s event at the No. 4 ranked driver in the Pro Stock class. The Reading race marks the start of the Countdown to the Championship, NHRA’s six race playoff to determine professional champions.

At the most recent NHRA event in Indianapolis, Jeg Jr. reached the Pro Stock final for the 131st time in his career. He finished runner-up to reigning rookie of the year Tanner Gray. 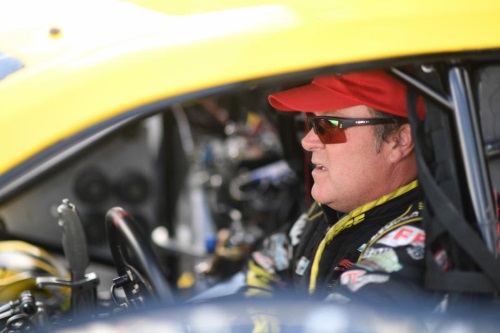 Jeg Jr. has won at least one NHRA national event at 24 different including Maple Grove Raceway. The only current stops on the on the NHRA Mello Yello tour where he has not won are the events in Epping, N.H, and Norwalk, Ohio.

So far this season, Jeg Jr. has recorded Pro Stock wins in Chicago, Bristol, and Sonoma. He has also earned the Super Comp title in Richmond, Va.

As a sportsman racer, Jeg Jr. won the Super Gas title at the 1996 Reading event. Overall, he is 5-0 in final rounds at Maple Grove Raceway.

In 17 appearances at Maple Grove Raceway, Jeg Jr. has a round win record of 24-13 in Pro Stock competition.

In his 17 starts in Reading, Jeg Jr. has qualified in the top half of the Pro Stock field 12 times including a best of No. 2 in 2001. His average starting position at this track is No. 6.

Since Jeg Jr. has already clinched his spot in the Countdown to the Championship meaning he will finish in the top ten in Pro Stock for the 18th time in his career.

Jeg Jr. is NHRA’s all-time leader in holeshot victories with 103.

During his Pro Stock career, Jeg Jr. has competed in 423 events and has a round-win record of 633-345. He has red-lighted just 23 times and failed to qualify just 16 times.

Troy Jr. is a five-time NHRA national event winner and the first third-generation Coughlin to win a major event. Troy Jr. won the U.S. Nationals in Super Comp in 2010 and also won the Indy Super Gas title in 2014. His other wins have come in Las Vegas (2009), Gainesville (2013), and Columbus (2014).

This year, Troy Jr. began racing in the Top Alcohol Dragster class and he won his first Top Alcohol Dragster race when he drove his Rich McPhillips-owned dragster to the win at the NHRA Regional event in Norwalk. He has since claimed additions wins in Cecil County, Md., and Bowling Green, Ky.

In addition to his success in NHRA events, Troy Jr. also is regarded as one of the sport’s best E.T. bracket racers. He has accumulated several major victories including a $25,000 payday at the Atco Dragway Superbucks event and a $10,000 win the Spring Buck Blast at South Georgia Motorsports Park. Two weeks ago, he won a $20,000 race at the Powerball of Bracket Racing event in
Darlington, S.C.

4: National event wins for Jeg Coughlin Jr. this season (three in Pro Stock and one in Super Comp)

7: Different classes where Jeg Coughlin Jr. has won at least one NHRA national event title (the only driver in history to do so)

10: Number of classes where the Coughlin family has earned an NHRA national event victory 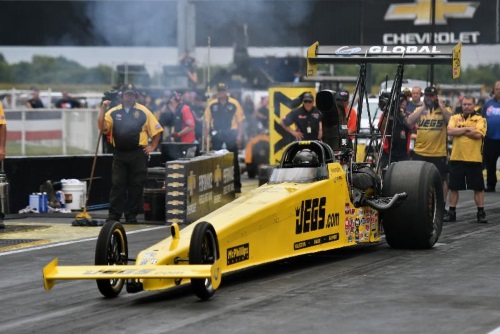 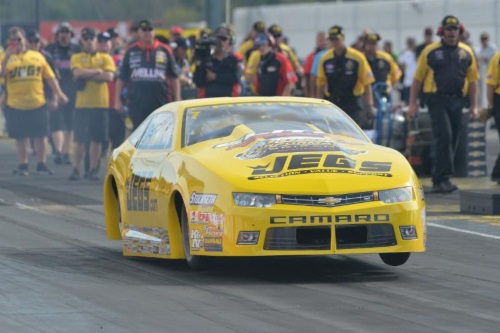