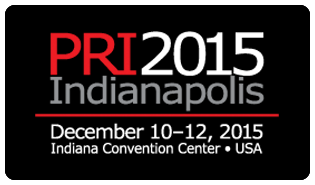 LAGUNA BEACH, Calif.  – Future engine technology and innovation will be on display as usual at this year’s 28th annual PRI Trade Show, so it only seems appropriate that future engine builders and technicians also will take center stage with the Hot Rodders of Tomorrow Engine Challenge Championship.
For the second consecutive year, the Hot Rodders of Tomorrow competition has been split into a Dual Championship format with qualifying teams competing in semi-final championships at both the recently completed SEMA Show and the PRI Trade Show at the Indiana Convention Center, Dec. 10-12. The top four teams from the SEMA Show and PRI Show will then face off twice on the afternoon of Friday, December 11, and then compete once more on Saturday. The team with the best average time will be crowned the 2015 Hot Rodders of Tomorrow Engine Challenge National Champion.
“The Hot Rodders of Tomorrow has become one of the most popular events during Race Industry Week,” said John Kilroy, producer of the PRI Trade Show.  “It’s amazing to see high school students fully take apart and put together an engine in less than 17 minutes. Even more important, the scholarships provided to every competitor can change a young person’s life. This is an incredible program that provides a terrific entry into the sport, while also helping to develop the sport’s future innovators.” 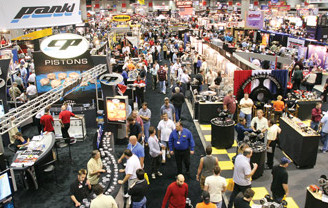 The challenge is the premier engine build competition for young automotive talent.  Six-person teams of automotive technology students from high schools across the country compete to disassemble and reassemble a small-block engine with aftermarket components in the fastest time.
More than 150 teams from across the nation have competed in 12 qualifying events in eight different states to work their way toward the championship with $3.8 million worth of scholarships available to competitors.  Four teams have already advanced from the SEMA competition with Team ARP from Peach County High School in Fort Valley, Georgia, emerging as the number one seed. They not only won the SEMA Dual Championship with a time average 17:20, but also set the new National Record of 16:11!
Burton Center for Arts and Technology from Virginia earned last year’s Hot Rodders of Tomorrow Engine Championship at the PRI Trade Show in Indianapolis.
Approximately 1,200 racing industry suppliers will occupy 3,200 booths, while exhibiting the latest developments in auto racing technology. Buyers from throughout the U.S. and 70 countries from around the globe are expected for the world’s premier trade show for motorsports professionals.
For additional information on the 2015 PRI Trade Show, or hotel and travel information, visit www.pri2015.com.