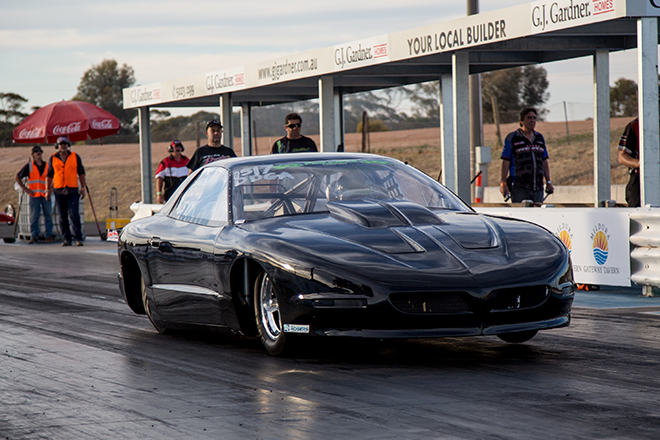 Two of four qualifiers have been completed in searing temperatures for Round 5 of the Summit Racing Equipment Sportsman Series presented by Mildura Rural City Council. 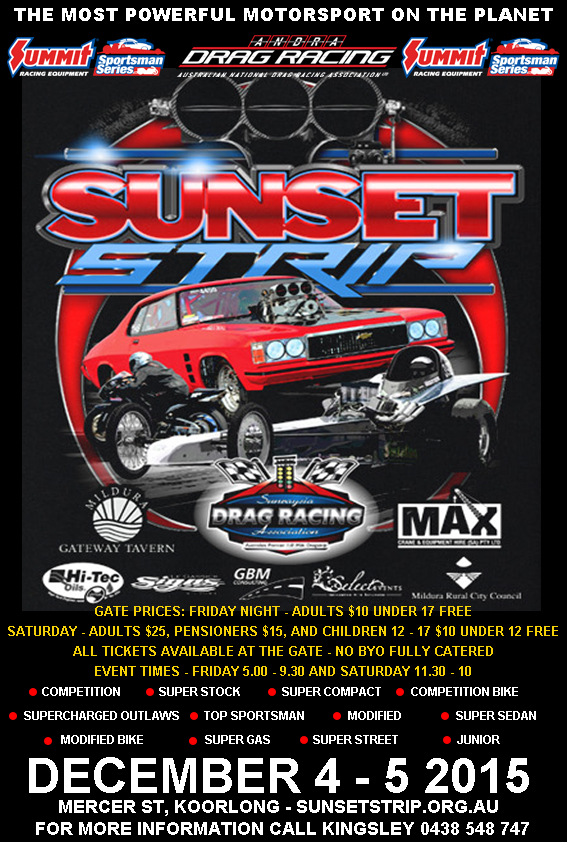 Occupying top spot overnight, Super Comp’s Daniel Camllieri said the temperatures were a test but he is able to tune around the heat to maximise performance.

“The track is probably a little harder to judge (in the heat),” said Camilleri. “The car, we don’t worry too much because we can tune the car around the heat. But it’s hot sitting in the car.

“Our second pass tonight we softened it off the hit (of the throttle). We took quite a bit of boost off the hit and rpm to go faster.

“We might go in-between tomorrow because it’s still quite low but it just depends what the track is like. We’ll decide on the day.”

Camilleri is in with a shot of setting a new eighth-mile National Record for the DD/GA class after running 0.436 seconds under the National Index. He can also set a new speed record after clocking 142.72 mph on the same pass.

Qualifying continues at Mildura Sunset Strip on Saturday (December 5) from 11:30am with eliminations scheduled to commence from 5pm.