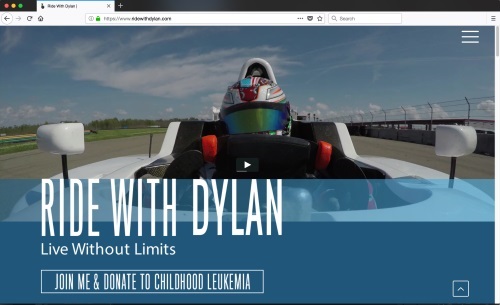 Millville, NJ. (September 10, 2018) – With only a short drive to his home event at the New Jersey Motorsports Park (NJMP), Dylan Tavella entered the penultimate weekend in the F4 United States Championship Powered by Honda with improvement on his mind. Competing in his Ride With Dylan branded machine with the Miller Vinatieri Motorsports squad, Tavella had his best event behind the wheel of a race car since graduating from karts at the end of the 2017 season.

“It was great to show increased pace this weekend and run in the top-ten,” explained Tavella. “Qualifying for race one did not go as planned but I put my head down to do the best job possible. Claiming the seventh fastest lap time in race two, I started race three inside the top-ten and was battling in the top-five.”

Unfortunately, a strong run in race three would be negated for Tavella after contact while running in the fourth position cut a rear tire and forced him to the pits.

Tavella added, “It has been a learning year for me and I am continuing to gain experience. My main issue has been my braking technique but I have been working with my engineer and driver coach to get that where it needs to be.”

With the final round of the F4 United States Championship Powered by Honda on the grand stage at the Circuit of the Americas next month, Tavella and Ride With Dylan will compete in front of the teams, drivers and spectators of the Formula One World Championship.

Tavella continued, “We will add more faces to the Ride With Dylan car for the finale event. Please visit the RideWithDylan.com website to make a donation to help put an end to Children’s Leukemia.”