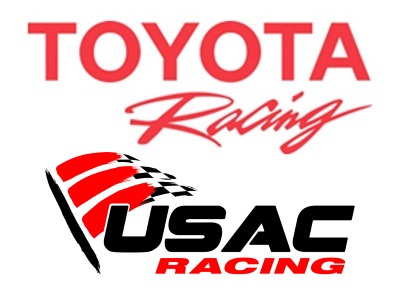 Seavey’s Keith Kunz Motorsports teammate Holly Shelton started the race from the pole position, but slipped back to third as Justin Grant assumed the lead, while fellow Toyota driver Brady Bacon moved up to the second position.

The lead two drivers would maintain their positions until eventual winner Tyler Courtney overtook Bacon for second on lap four. Behind them Spencer Bayston had climbed up to fourth by lap five and eventually powered past Bacon for third on lap six. The 2017 USAC champion’s charge continued as he challenged Courtney for second. Unfortunately, Bayston would get into the turn one wall on lap 10, flipping wildly before coming to a stop. After climbing out of the car under his own power, he was evaluated at the infield care center and then transported to a local hospital for further evaluation.

While Courtney would take the lead from Grant, Seavey was taking center stage for his march through the field, having climbed up from 13th to sixth after moving past teammate Carrick. One lap later, he would pass Bacon for the fifth position as the 25-lap feature passed the midway point.

As the laps began to wind down, Seavey overtook Shelton for fourth on lap 23, then set his sights on third-place Thomas. On the final lap, Seavey would use a slider through turns three and four to move into third and take the final spot on the victory podium behind Courtney and Grant. Carrick would finish fifth, followed by Shelton in sixth, Tucker Klaasmeyer in seventh, Robinson in eighth, Kevin McDougal in ninth and Bacon in tenth as Toyota-powered drivers captured seven of the top-10 finishing positions.