HARTSVILLE, S.C. (October 1, 2018) – A heat wave is coming to Darlington Dragway this weekend, as the Professional Drag Racers Association (PDRA) Fall Nationals promises an action-packed weekend of eighth-mile drag racing at the series’ seventh stop on its eight-race 2018 tour.

The Fall Nationals is a crucial race for drivers making a late-season bid for the 2018 PDRA world championships. The class with the tightest championship points battle is Moroso Pro Boost, where Pro Modified veteran Tommy D’Aprile holds a 15-point lead over Pro Boost rookie Chuck Ulsch.

Ulsch, a former Outlaw 10.5 star, appeared to be a lock for the championship by the mid-point in the season after reaching the final round at the first four races, winning the third in Martin, Michigan. A broken wheel stopped Ulsch in the first round of the most recent PDRA race, Drag Wars at GALOT Motorsports Park. Ulsch’s driving experience allowed him to minimize damage to his supercharged ’68 Camaro. 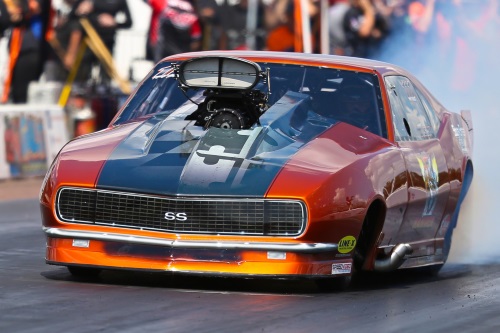 “The wheel broke on us just over 100 feet into the run,” Ulsch said. “Fortunately, I didn’t have to replace the car. I guess I handled it, but I didn’t wad the thing up and managed to get away with just replacing the deck lid, spill plate, rim and tire so we could go back out and race the next one at Darlington.”

One first-round loss usually wouldn’t damper a strong charge like Ulsch’s, but D’Aprile had also experienced a career-best season leading into Drag Wars. The Floridian qualified No. 1 at the first three races and reached at least the semifinals at the first four, winning the North-South Shootout in Maryland. He was second in points until Ulsch’s incident opened the door for a takeover, fueled by D’Aprile’s Drag Wars win.

“Realistically, our season has been phenomenal,” D’Aprile said. “In any other season, if we had the track record we do right now, we’d have such a huge lead, but Chuck has been on his game. He’s been doing a great job driving and took advantage of opportunities when we had mishaps, and that’s what it takes. It’s impressive that he’s been able to go to so many finals in his first handful of races. We did not like to see him have an issue like he had at the last race – thankfully he didn’t lose his car over it or get hurt. But we certainly did capitalize on his first-round exit.”

With only the Fall Nationals and the World Finals at Virginia Motorsports Park left on the season, D’Aprile is confident in his Al Billes-led team’s ability to maintain their lead until the very end. 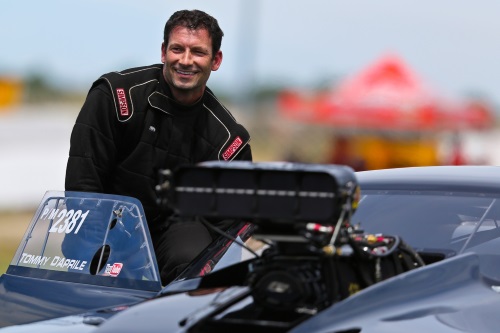 “There’s no bones about it, I’d love to win this championship,” D’Aprile added. “I’ve prayed about it and left it in God’s hands. I’m not gonna worry about it, I’m gonna go out there and have fun. If anybody’s looking for me to be under pressure, I won’t be. I’m just going to do my deal and have fun.”

Meanwhile, a championship would be icing on the cake for Ulsch, who had modest goals for his first full season in Pro Boost.

“To be honest, it was kind of a shocker to come out and do so well at the beginning of the year,” Ulsch said. “We went to the final PDRA race last season just to shake down the car. We did pretty good, so I secured a couple sponsors to help us run the full series and maybe finish top 5. Here we are with four finals, a win and a shot at the championship. That last race bit us, but we’re going to give it our all at these final two races.”

PDRA will offer open testing for all Fall Nationals competitors Thursday from 10 a.m. until 7 p.m. Qualifying will begin Friday with sportsman classes starting at 9:30 a.m. and professional categories at 12:15 p.m. The third and final pro session is scheduled for 8:15 p.m., followed by gassers and a jet dragster. Sportsman final qualifying is set for Saturday at 9:30 a.m. Professional eliminations will begin at 2 p.m., with the final round for all classes scheduled for 9:30 p.m.

Tickets to the PDRA Fall Nationals are available for $10 for Thursday testing, $20 for Friday qualifying and $25 for Saturday eliminations. A weekend pass, good for all three days, is available for $40. Children 10 and under get in free. Tickets are available at the gate or online at www.pdra660.com.