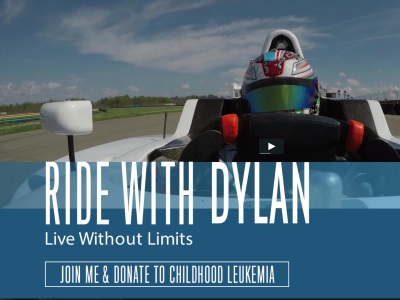 Austin, Texas (October 23, 2018) – With the F4 United States Championship Powered by Honda program complete, Dylan Tavella will now shift his focus to the Europe formula car scene. Selected as one of only 17 drivers to join the Richard Mille Young Driver Academy, the New Yorker will travel to France to take part in the elite level driver search program that will offer the winner a complete and fully funded season in the FIA French F4 Championship.

“To say I am excited is an understatement,” explained Tavella. “I learned so much in my rookie season in F4 and will be putting all that knowledge to use in France. I have been preparing for this as much as I had been the final event weekend at COTA so I feel that I am ready.” 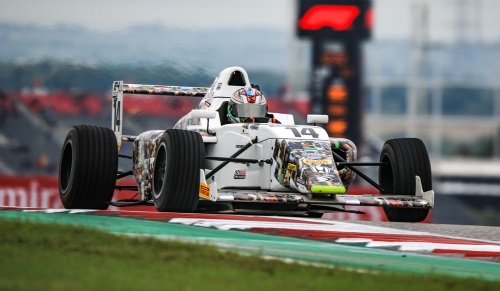 Dylan Tavella competed alongside his Formula One idols at the Circuit of the Americas (Photo: Red Case Photography)

Traveling to the Paul Ricard Circuit in France, Tavella will compete against 17 drivers from 14 countries and five different continents in his quest to be one of the best. Set to commence over the two days of December 11 and 12, drivers will take part in mental and physical tests and well as on track competition in front a panel of specialists. With a fully funded season in the FIA French F4 Championship up for grabs, Tavella hopes to put his skillset learned from 2018 into full force at one of the world’s best circuits.

Tavella continued, “It is an honor to be classified as one of these young drivers vying for a fully funded season. Though my results were not the best in 2018, I did learn a lot and saw progression made throughout the season. I gained a ton of experience at the end of the year and can now put the knowledge and experience gained to use at the Richard Mille Young Driver Academy program.”

Competing this past weekend at the Circuit of the Americas (COTA) alongside the Formula One World Championship, Tavella showed pace in wet weather competition as he was in the front half of the field in both the practice and qualifying sessions. 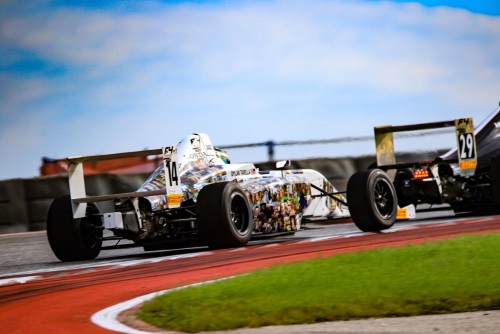 “The race results were not as I had hoped, but the experience was second to none,” added the multi-time karting champion. “The Ride With Dylan car piqued a lot of interest and I was able to meet some very cool people including Peter Windsor, who spent time with me throughout the weekend. All in all, the season was very positive for me and I can’t wait to see what the future has in store.”

With 2019 racing plans yet to be determined, Dylan Tavella has confirmed that his Ride With Dylan efforts will continue next season.