GLENDORA, Calif. – As far as Robert Hight is concerned, it doesn’t get any better than ending the NHRA Mello Yello Drag Racing Series season at historic Auto Club Raceway in Pomona, Calif. with a world championship on the line. That will be the scenario for a second straight year when the defending Funny Car world champion heads to the birthplace of NHRA drag racing for the 54th annual Auto Club NHRA Finals, Nov. 8-11 at Auto Club Raceway at Pomona.

After five of the six races in the Mello Yello Countdown to the Championship, Hight is second in points – 74 behind J.R. Todd – on the strength of two playoff wins in his 10,000-horsepower Auto Club Chevrolet Camaro SS. He’s fought through a broken collarbone to stay in the Funny Car hunt and Hight will head to Pomona excited about the chance to win a third career world title.

“There’s nothing like racing in Pomona,” said Hight, who has 45 career wins. “Southern California, all the fans there, there’s nothing like that. I always remember back to my first run in competition coming there and just looking down the track. It was a dream come true getting to race a Funny Car and I still get all those same feelings every time I race there.”

Brittany Force (Top Fuel), Tommy Johnson Jr. (Funny Car), Bo Butner (Pro Stock) and Andrew Hines (Pro Stock Motorcycle) were last year’s winners of the race that will be televised on FOX Sports 1 (FS1), including live finals coverage starting at 4:00 p.m. (ET) on Sunday, Nov. 11. The race is the final event of the year and the Mello Yello Countdown to the Championship and, once again, Hight has championship aspirations after getting hot at the right time.

In 2017, Hight won four of the final 11 races, including two in the Countdown to the Championship, advancing to three finals in the playoffs to edge out Ron Capps. This year, he posted back-to-back playoff victories in the playoffs at St. Louis and Dallas before a first-round slip up in Las Vegas. Hight broke his collarbone in a crash in the final-round win in St. Louis, but returned the next race to take the victory in Dallas. The pairing with crew chief Jimmy Prock has been a dynamite one, as the entire team has figured out a way to raise their performance when it counts.

“I think it’s all a mindset and really having a gameplan of getting your act together by Indy,” Hight said. “You definitely don’t want to go to Indy searching for a combination or struggling. What Jimmy is really good at is learning from mistakes earlier in the year and focusing on what we need to do better. That’s what he’s done the last two years and it’s all about having a gameplan. Jimmy and Chris (Cunningham) live this car night and day and I’ve never been around a team this focused.”

It has brought out the best in Hight, who remains one of the best in the class on the starting line. He’ll have to be in peak form in Pomona, as Todd won in Las Vegas and also has two playoff victories in the playoffs. With the Auto Club NHRA Finals using the point-and-a-half system, the winner earns 150 points and can earn up to 191 points. That makes for plenty of drama, but it seems to bring out the best in Hight, who didn’t qualify for eliminations until the final qualifying session a year ago in Pomona before racing to the final and clinching the world title. 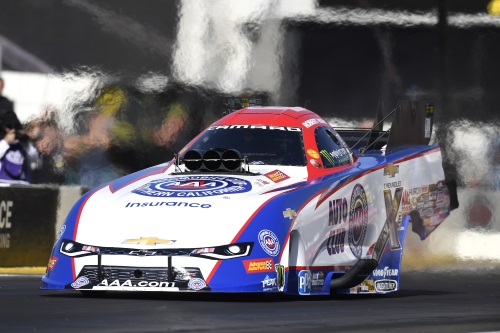 “At the beginning of the year, all you can do is hope to be in this position,” said Hight, who has four career wins in Pomona. “Up until these last few years, we went through a period where we were going to Vegas and Pomona without a chance to win a title, and that’s tough. It’s painful and I think that makes you appreciate the team you have and everything we have going on this year. We all know what we have to do. We love our jobs, but we love to win and that’s our main focus. Fans love the thought of the championship going down to the last race and that gets me pumped up.”

Steve Torrence has won the first five races of the Countdown to the Championship in Top Fuel, claiming first world championship with his victory in Las Vegas.

Second-year Pro Stock star Tanner Gray has seven wins in 2018, including two in the playoffs, and currently holds a 140-point lead over Jeg Coughlin Jr.

The Auto Club NHRA Finals will also feature thrilling competition in the Lucas Oil Drag Racing Series, where the future stars of the sport earn their racing stripes. After Nitro qualifying, stick around to see the spectacular Cacklefests during the weekend.

Those in attendance will also have the once-in-a-lifetime opportunity to interact with some of the biggest names in drag racing during the NHRA Legends Tour. This includes meet-and-greets, autograph sessions, and a variety of other activities. Legends scheduled to attend the Auto Club NHRA Finals include Kenny Bernstein, Greg Sharp and more. 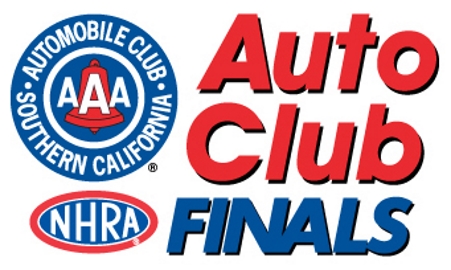 WHEN: Thursday through Sunday, Nov. 8-11