PITTSBORO, N.C. (November 1, 2018): The 2018 Flatout Gaskets Nitrous Wars is one for the history books. Although a quick look at the 2018 season Pro Nitrous pole setters shows incredible parity in the class, all but one of those drivers relies on Musi Racing Engines power. When it was all said and done after Virginia, a Musi driver was on top of the pack seven out of eight events, with Jay Cox giving Buck Racing Engines one lone #1 qualifier award at the second tour stop.

The incredible part of the Flatout Gaskets Nitrous Wars dynamic is that only one driver was able to repeat the pole position all year. Tommy Franklin topped Pro Nitrous qualifying at the season opener and then again at the Drag Wars. Other #1 qualifying awards in the first half of the season went to Musi customers Jason Harris and Randy Weatherford.

At the PDRA Fall Nationals at Darlington Dragway, Lizzy Musi went to the top with her 3.677 effort at an incredible 207.28 MPH, becoming the first female of 2018 to hold bragging rights with the coveted Nitrous Bottle Trophy.

The PDRA World Finals was plagued with a host of bad weather, but racers still made some incredible runs. After the final round of qualifying it was Danny Sauro (Musi) in first with a 3.658, Jim Halsey (Fulton) in second with a 3.663 and Jay Cox (Buck) with a 3.675. 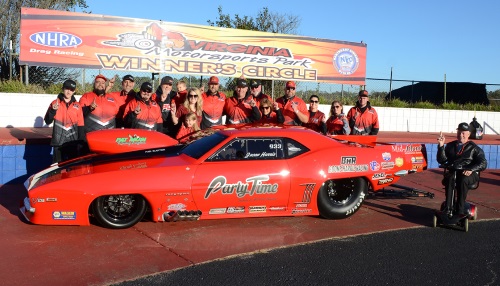 The competition of Switzer Dynamics Pro Nitrous presented by MoTeC continues to astound. At the World Finals, Halsey used his Fulton power to reset the national record to 3.646 and Lizzy Musi went on to reset her own MPH record to 209.23. Jason Harris went on to win the event and, in doing so, effectively locked up the 2018 Pro Nitrous World Championship, amassing five final rounds throughout the season.

Tommy Franklin will retain bragging rights for Flatout Gaskets Nitrous Wars throughout the off season as the only driver to repeat as #1 qualifier.

“We are incredibly grateful to Flatout Gaskets for their support of this program,” stated PDRA Director of Marketing, Will Smith. “Mark is a stand-up guy who has always gone above and beyond to support his customers and give back to racers. The Flatout Gaskets Nitrous Wars was a lot of fun to watch this year. Congratulations to Tommy Franklin and Musi Racing Engines!” 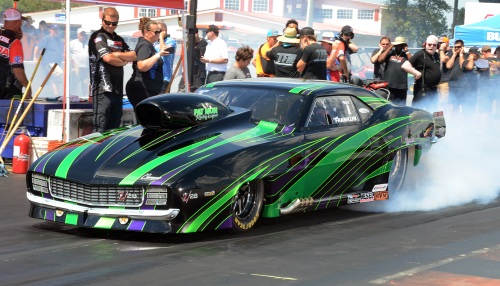