AUSTIN, Tex. (Nov. 20, 2018) – The five-driver contingent of Mike Vess, Jason Hart, Andrew Davis, Curt Swearingin and Matt Travis combined for the GT4 Class victory Sunday at the Circuit of the Americas (COTA) in the 2018 24HSeries powered by Hankook Championship of the Continents sports car classic. 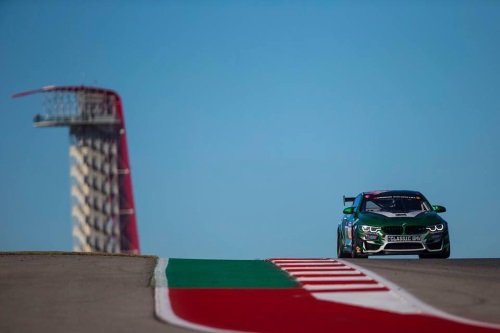 Starting third on the grid Saturday, the No. 272 BMW M4 GT4 ran a close second for the first half of the ‘Round the Clock” contest at the state-of-the-art 3.427-mile (5.5 km), 20-turn road circuit. In the second portion of the event, rain posed a new development for the 34-car overall field and pit strategy proved to be vital as well.

Veteran sports car star Davis, of Atlanta, Ga., was sensational in the wet conditions and moved to the lead in the first 30 minutes of the second 12-hour portion of the FIA-sanctioned International event.

Another key to the victory Sunday was the superb pit work of the Toby Grahovec-led Fast Track Racing/Classic BMW team with outstanding race strategy and strong pit stops. Late in the 24-hour race, Davis held a 58-second advantage over Kyle Marcelli in the No. 890 Mercedes-AMG GT4 and the Fast Track Racing squad had Andrew dive in the pits to take on new Hankook rubber. The tire change helped extend Davis’ lead and he crossed the finish line with a one-lap victory.

“All five of our team’s drivers did an excellent job during the 24-hour race,” said Grahovec, who runs the Fast Track Racing/Classic BMW operation from the Plano, Tex., headquarters. “We relied on our veteran pro drivers, Andrew (Davis) and Jason (Hart), to the lead way throughout the endurance race. It’s exciting to win another COTA 24-hour event and, especially, near our team’s base in north Dallas. The racing was great in the GT4 class against other BMW M4 cars and the Mercedes-AMG GT4 machines plus the Ginetta and Porsche Cayman. This a great way to finish the 2018 racing season for Fast Track Racing.” 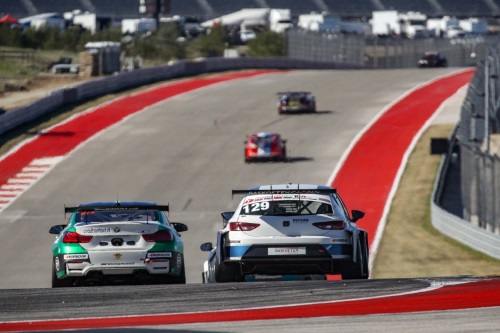