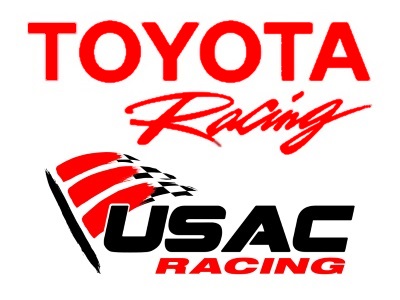 The victory is the second consecutive and third overall Turkey Night crown for Bell and marks his 51st national midget feature win, making him the winningest midget car driver in Toyota history. His win also was the 40th for a Toyota-powered driver this season.

It was another Toyota driver that held the point position through the early stages of the race, though, as Chad Boat took the lead on the opening lap and would hold the top spot for the first 50 circuits of the 98-lap event with Larson sliding into second on lap two. After 10 laps, it was Boat, Larson, Tanner Carrick, Tucker Klaasmeyer and Tanner Thorson running in the top five, while Bell was methodically moving up through the field from his ninth starting position.

After hounding Boat through the first half of the race, Larson used the high side to go around him exiting turn two on lap 51, then quickly went to the bottom heading into turn three to secure the lead. With Boat losing momentum, both Bell and Klaasmeyer were able to slip by, dropping Boat to fourth.

At that point, the two Keith Kunz Motorsports drivers at the front would begin an epic Turkey Night battle for the second year in a row. Over and over again, Bell would throw sliders at Larson, momentarily taking the lead into turn one, only to see Larson dive back underneath him coming out of turn two as the laps began to wind down.

Finally, with just 12 laps remaining, Bell would use lapped traffic to his advantage going underneath a blocked Larson in turns three and four to take the lead. Larson wasn’t done yet, staying right with Bell until a late caution flag waved to set up a three-lap showdown.

On the restart, Larson went high and got a run off turn two to dive underneath Bell in turn three, but Bell was able to hold off him off. On the final lap, Larson closed on Bell on the back straight and then tried to go low into turn three as the two banged wheels with Bell maintaining the lead on the way to a 1.5 car-length victory. Larson placed second with Boat finishing third and Klaasmeyer fourth as Toyota-powered driver swept the top four finishing positions.

“I just got lucky there being in second,” said Bell, who became just the third three-time winner in Turkey Night Grand Prix history. “Someone was making the bottom work underneath me in three and four and I figured it was going to get better and better. I trapped Kyle up there with a lapped car and I was able to squeak by in the rubber, stay down there and not miss my marks. (On the restart) I knew there was a chance he was going to circle me on the top. I just wanted to see that race end because you can’t keep giving him try after try after try.”